Overwhelmed by the sheer number of docs in the online documentary festival? Here are recommendations to shape your watchlist 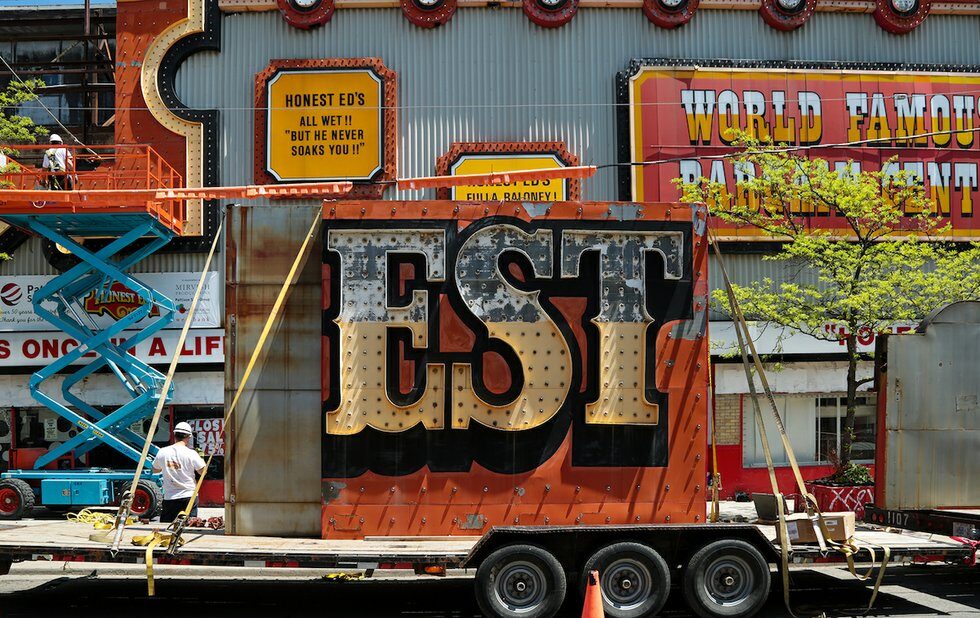 Hot Docs looks a little different this year. For one thing, it’s getting underway a month later than its usual end-of-April perch for another, it’s taking place entirely online, with its 130-some titles offered as 48-hour streaming rentals for $9 ($8 for members). All screenings are geo-blocked to Ontario, so if you’re reading this outside of the province I’m afraid you’re out of luck.

The festival runs from Thursday (May 28) to June 6, but most of the films will be available to watch through June 24. But even with that extended window, the sheer number of options is awfully intimidating… so as a public service, here’s a list of 10 films I’m most looking forward to catching.

And if you want to get a head start on all this, Benjamin Ree’s The Painter And The Thief dropped on digital and on demand last week, in advance of its Hot Docs slot. It’s very good.

Trans and non-binary issues are at the core of Hannah Reinikainen and Lia Hietala’s doc, as expressed through the experience of Swedish teen Amber, who at 17 has adopted a neutral pronoun and is preparing to transition with the support of their lifelong best friend Sebastian. But when a romantic betrayal shatters that relationship, Amber has to find their way forward on their own. (It sounds like a soap opera. It isn’t.) More info here.

The harsh reality and horrible frequency of school shootings has had a lasting impact on the U.S. educational system, with a generation of students and teachers growing up with lockdown drills and active shooter workshops. Todd Chandler won the festival’s 2020 emerging international filmmaker award for his documentary about what “safe schools” now means in America, and the cynical industry that’s sprung up to prey on parents’ fears. More info here.

Screening in the new Deep Dive program created to showcase episodic television projects, the latest from Chicago documentarian Steve James (Hoop Dreams, Life Itself) is a four-hour work that uses the 2019 mayoral election to explore the Windy City from multiple perspectives – social, cultural, economic and authoritarian – one neighbourhood at a time. Count me in. More info here.

The Dilemma Of Desire

Maria Finitzo’s look at female sexuality – which counts Barbara Kopple as one of its executive producers – explores the historical disregard for women’s pleasure in academia and medicine, and finds a cohort of educators and activists trying to make sure the next generation is better prepared to know itself inside and out. More info here.

On May 25, 2018, Ireland held a referendum on the repeal of the eighth amendment to its constitution, which outlawed abortion except in the most extreme threat to the life of the mother. This ground-level doc tracks the path to that referendum, following pro-choice activists as they work to reverse a decision that’s caused so many women and families unnecessary suffering over the decades. More info here.

In her 2015 documentary All The Time In The World, filmmaker Suzanne Crocker roped her family into spending nine months off the grid in an isolated cabin in the Yukon. In her new film, she’s set a new challenge: spend a year eating only locally sourced food, which means learning to hunt, fish and forage in scarce conditions. Part of the new To Conserve & Protect slate, which spotlights people and institutions making an ecological difference. More info here.

Cecelia Aldarondo’s look at Puerto Rico and the devastation of Hurricane Maria in 2017 offers a ground-level perspective on the historic neglect and incompetence that made Maria’s impact so much worse than it might have been – and at the political and economic barriers that still impede the island territory’s recovery. More info here.

Leap Of Faith: William Friedkin On The Exorcist

Alexandre O. Philippe’s idiosyncratic looks at the making of Psycho and Alien have me looking forward to his latest investigation of a horror classic – and nearly half a century after its release, The Exorcist still repels and compels in equal measure with its verité cinematography, its ambiguous narrative and its weighty Catholicism. And Friedkin is a hell of a storyteller. More info here.

The School Of Housewives

Stefania Thors’s study of the eponymous Reykjavik institute – which opened in 1942, and has remained steadfast in its home-economics curriculum even as the very concept of domestic labour has evolved and changed radically – should have added relevance now that we’ve all discovered exactly how challenging it is to cook for ourselves and cut our own hair. I’m also curious to see how the various waves of feminism are represented in the graduates over the decades. More info here.

Filmmaker Lulu Wei uses the demolition and redevelopment of Honest Ed’s and Mirvish Village to explore the existential threat of urban gentrification, and more specifically how Toronto has changed in the decades since Ed Mirvish made his department store a haven for working-class families. In a perfect world, this would have played at the Hot Docs Ted Rogers Cinema – across the road from the site – for maximum impact. But we don’t live in a perfect world. More info here.