The show was better than usual! Sandra Oh and Andy Samberg were great! Shame about some of the winners though... 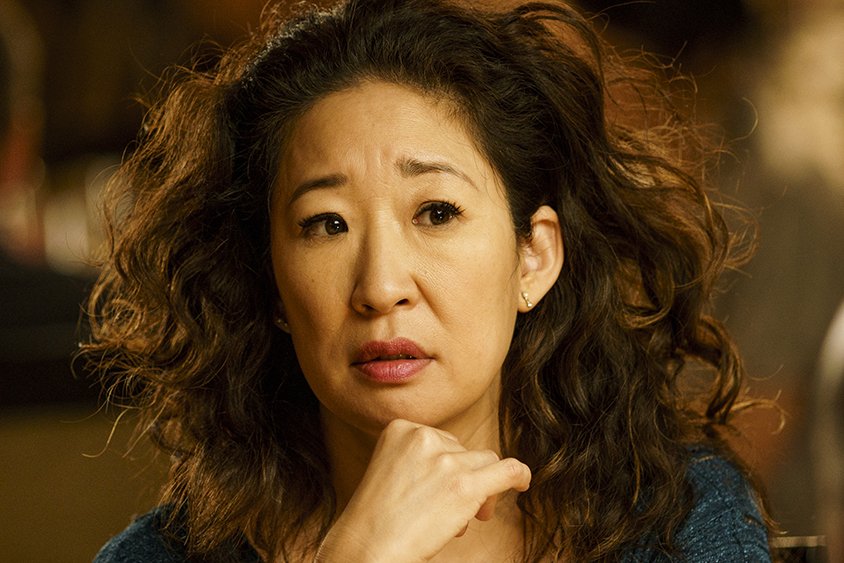 First, the good news: this year’s Golden Globes ceremony was actually pretty fun. Sandra Oh and Andy Samberg were delightful hosts, keeping it zippy and light, and the writers came up with some fun bits for the presenters. (Speaking of which, somebody hire Amy Poehler and Maya Rudolph to host the Oscars, please and thank you.)

Carol Burnett’s speech in acceptance of the first Carol Burnett award for lifetime achievement in television was exquisite, saluting her collaborators over her long, amazing career and pointing out that the variety show that made her a household name required so many people behind the scenes that it would be prohibitively expensive today – “so here’s to reruns and YouTube.”

A little while later, Jeff Bridges accepted the Cecil B. DeMille award for lifetime achievement in film with a rambling, heartfelt and quasi-philosophical jaunt that ended with a metaphor built around inventor and engineer “Bucky” Fuller – and, yeah, that was a pretty great speech, too. (Extra points for having Sam Elliott, narrator of The Big Lebowski, provide the voice-over for Bridges’s clip reel.)

As a show, even one that ran three hours and 20 minutes, it was pretty easy to watch. As for the awards, well, I have some notes.

The Hollywood Foreign Press Association has had its credibility problems over the decades, most often in the way it constantly bends the rules to accommodate more shiny people at its big party. Dramatic work lands in the musical/comedy category ongoing TV series are branded as limited or miniseries, or vice-versa.

Richard Madden won for best actor in a dramatic series for Bodyguard – which was produced as a one-off for the BBC – while Darren Criss won best actor in a limited series or motion picture made for television for playing Andrew Cunanan in the second season of American Crime Story. Why not just nominate the actors in the appropriate categories?

Along the same lines, Green Book isn’t really a comedy – but put it in that category and it has a much better chance of beating out Crazy Rich Asians, The Favourite, Mary Poppins Returns and Vice, which is exactly what happened. (Mahershala Ali also won best supporting actor his co-star, Viggo Mortensen, nominated for best lead in a comedy, lost to Christian Bale’s monotone Dick Cheney in Vice.)

Would Green Book have had the same chance in the dramatic category? Almost certainly not. But I’d have said Bohemian Rhapsody was a long shot as a drama, and look what happened there.

Which, again: how does Bohemian Rhapsody win best drama over Black Panther, BlacKkKlansman, If Beale Street Could Talk and A Star Is Born? What dark magic did 20th Century Fox’s campaign team employ to make that happen? I certainly understand the best actor award for Rami Malek – like fellow Globe winner Glenn Close and The Wife, his performance is the reason his film is an awards contender in the first place – but the win for the top prize is just shocking.

For all its technical proficiency, Bohemian Rhapsody is a movie with no depth or resonance, that reduces Mercury to a Behind The Music caricature (which can’t be true) and his bandmates to a bunch of happy, agreeable musicians (which might be true, but feels like it probably isn’t). Events are radically recontextualized or flat-out invented in order to generate some easy tension the entire last third simply didn’t happen the way the movie presents it. But that Live Aid sequence is amazing, so… I guess that’s enough for a Golden Globe?

That said, I suppose I shouldn’t be surprised that the people representing a movie that so freely distorts history were so good at erasing its director from their acceptance speeches. To hear Malek and producer Graham King describe it, it’s as though the film was directed by the spirit of Mercury himself. Bryan Singer, who shot most of the movie (including that Live Aid sequence) before Fox fired him and hired Dexter Fletcher to finish the picture, went utterly unmentioned so did Fletcher, for that matter. That might’ve been a union thing.

But back to the good stuff. Lady Gaga and Mark Ronson won best original song for Shallow from A Star Is Born, even if the movie was otherwise passed over. (It’s a hell of a song.) Alfonso Cuarón’s Roma won best foreign-language film, and it looked like Cuarón’s subsequent win for best director stunned the room. Spider-Man: Into The Spider-Verse took best animated feature, which is a pure and lovely thing. Shout-outs to representation came from every corner, starting with Oh making a point of recognizing the diversity of this year’s nominees and continuing throughout the show.

Ben Whishaw paid tribute to the “queer icon” he played in A Very English Scandal Beale Street supporting actress winner Regina King declared she’d be making sure every project she produces in the next two years is “50 per cent women” best actress winner Close dedicated her award to her mother, who she said spent her life putting herself second to Close’s father, and exhorted a new generation of women to pursue fulfillment and satisfaction on their own terms.

Cuarón acknowledged that Roma works as well as it does because of the performances of the women at its centre and because of his experiences growing up in Mexico City. Criss thanked his mother, who emigrated from the Philippines an hour or so later, producer Brad Simpson used The Assassination Of Gianni Versace’s limited-series win to point out how the issues that led to Andrew Cunanan’s 1997 murder spree are still entirely relevant in today’s America.

Oh, and Olivia Colman won best actress, comedy, for The Favourite, and perhaps not coincidentally gave my favourite speech of the night – gushing about co-stars Rachel Weisz and Emma Stone and her fellow nominees, mocking the opulence of the awards-circuit pomp and circumstance, and even thanking the HFPA “for the sandwiches” – the mark of a showbiz lifer, trust me on this.

Well, second favourite. Sandra Oh thanking her parents in Korean while accepting her second Golden Globe – this time for best actress in a TV drama for Killing Eve (see #3) – kinda topped it. So maybe let’s call it a tie. Like I said, it was a pretty good night overall… if you could look past some of the awards. But that’s the Golden Globes for you.

A complete list of last night’s Golden Globes winners can be found here.