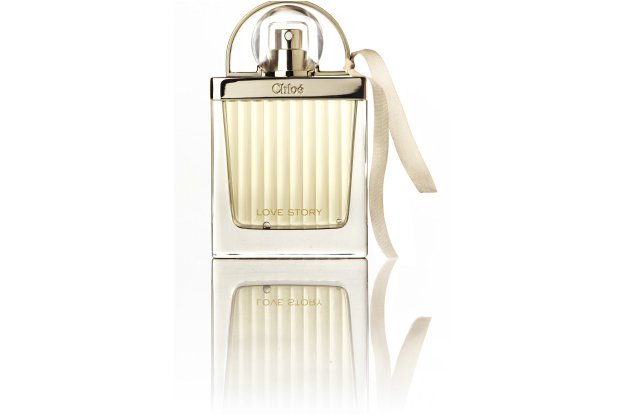 A new interactive map pinpointing key production locations in Toronto-set films and television shows looks a lot like a recent analysis of census data that reveals racial and economic divides in the city.

The Toronto Film Map, a University of Toronto research project created by Rachel E. Beattie, Jordan Hale and Keith Nolwenn Bellec-Warrick allows users to point and click at blue dots splashed across local streets and venues, discovering whether Degrassi, Scott Pilgrim Vs. The World and Goin’ Down The Road captures a snapshot of those spots at different points in time.

The resulting map shows a heavy cluster of filmmaking action gravitating around mid-to-high income (mostly white) areas, while suburbs like Rexdale and Scarborough, homes to a higher concentration of visible minorities, only have only a few dots. 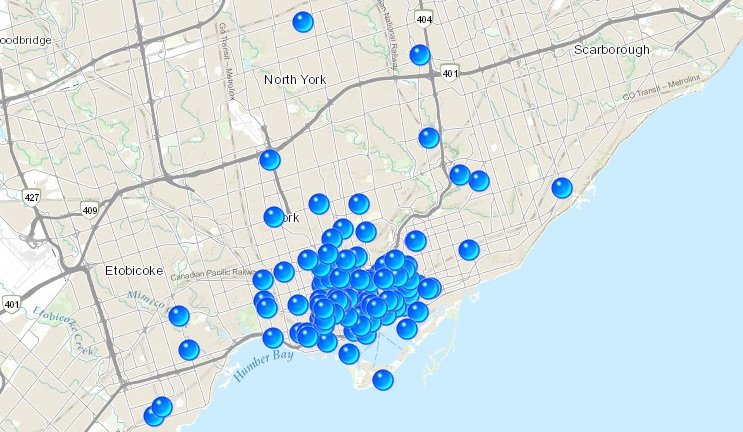 Covering mostly Canadian productions, the film map has a single blue dot in Scarborough, at the corner of Midland and Kingston – the location was used to shoot a dumpster in Kristen Booth’s At Home By Myself… With You.

North York has a single hit in David Bezmozgis’s Victoria Day, which is only one of two titles that reaches north of the 401 (the other is Bollywood/Hollywood, which counts Fairview Mall as a location apart from its King Street condos and Little India jaunts).

“We really wanted to highlight the way that people represent Toronto,” says Beattie, an assistant media archivist at U of T, pointing out how multiple filmmakers bring unique perspectives to the same locations. “Everyone has their own different version of Toronto.”

According to the Toronto Film Map, Canadian films and television tend to reflect the city’s well-to-do population, clustering around the mid- to high-income areas. Downtown, near Yonge and Bay, has the highest concentration of dots. Other clusters concentrate in high-income areas like University and Bloor (with films like Toronto Stories and Family Viewing) and middle income sections like Kensington Market (Twitch City, Picture Claire and King Of Kensington) and Trinity-Bellwoods (The Five Senses, Sabah, This Beautiful City). 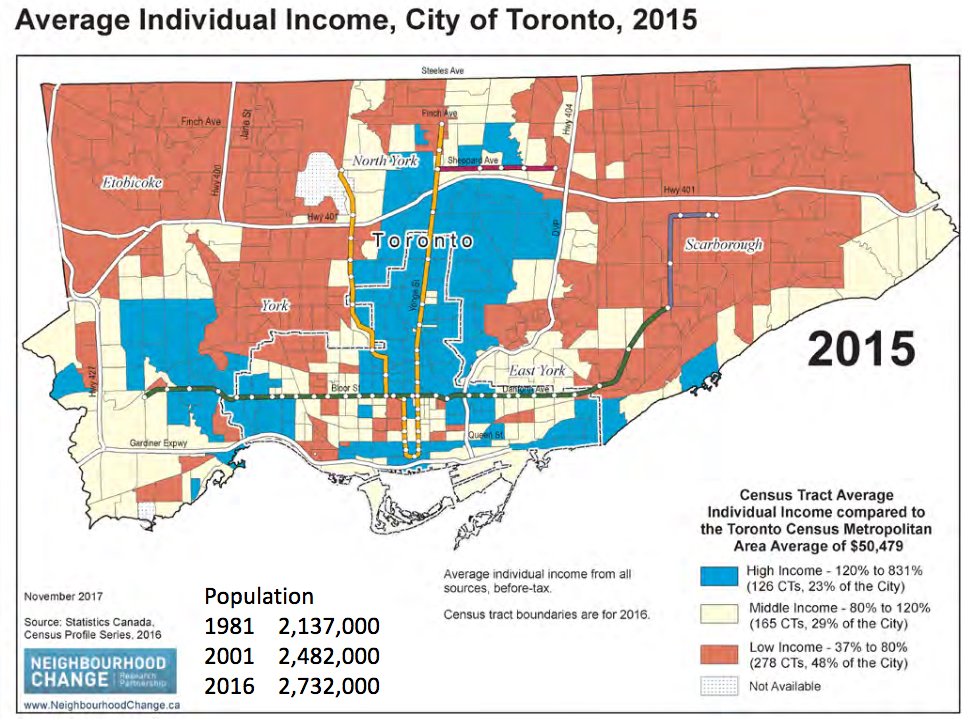 While the map excludes most Hollywood productions – where the 6ix stands in for Chicago or New York – not everything set in Toronto is represented. The map includes full-length films and TV shows set in Toronto, but not experimental films or documentaries. The titles also have to be available for acquisition by the school’s Media Commons library, so that doesn’t include films and TV shows solely available on streaming services Netflix or Amazon Prime Video, or ones that were never distributed on home video.

“That’s an area that doesn’t have representation on film,” says Beattie, referring to the Villaways neighbourhood from Unarmed Verses that has since been razed.

The archivist was perceptive to the weight given to certain Toronto areas in the film and television she scoured through. She even tried to mix up locations to achieve a greater spread. For instance, she didn’t just plug all the Degrassi shows to the real location in Leslieville. Latter seasons are credited to other shooting locations in Etobicoke and East York.

Meanwhile, the Toronto Film Map’s blurb for Denis Villeneuve’s Enemy points out that sequences were shot at University of Toronto’s Scarborough Campus. But when it came to mapping Enemy, Beattie and team chose to highlight the St. Jamestown apartments featured in the film because that area is also heavily underrepresented.

The map is still a work-in-progress. Ever since it went live, Beattie has been getting emails from filmmakers willing to make their streaming titles physically available to the library. Meanwhile others are pointing out titles the team just happened to miss, like the television series Forever Knight. But she suspects updates won’t really change the geographic makeup and what the project suggests about the Canadian screen’s lack of representation.

This probably isn’t news to anyone who has been following the industry. We’ve been pointing out the lack of diversity in Canada for what seems like ages now, and certainly the privilege it takes to make films plays into that argument.

“How many filmmakers do you know who didn’t come from some amount of privilege?” Sarah Polley asked last year in an interview with NOW. She was pointing out how those who make films usually come from affluence and have a financial safety net others can’t afford.

In that same conversation, Polley told me about script vetters for financiers who would practically have allergic reactions to details in films that signalled poverty, as if stories about the less privileged were both unsightly and unworthy of being represented on Canadian film. That seems to apply to less privileged areas.

The Toronto Film Map celebrates films that have captured this city, serving as a time capsule that allows us to see what our streets used to look like. But those of us from Scarborough and Rexdale will just have to start making new memories.