The Toronto electronic artist's restless and fluttering beats are like a pen scrawling across paper, telling numerous stories of Black women experience 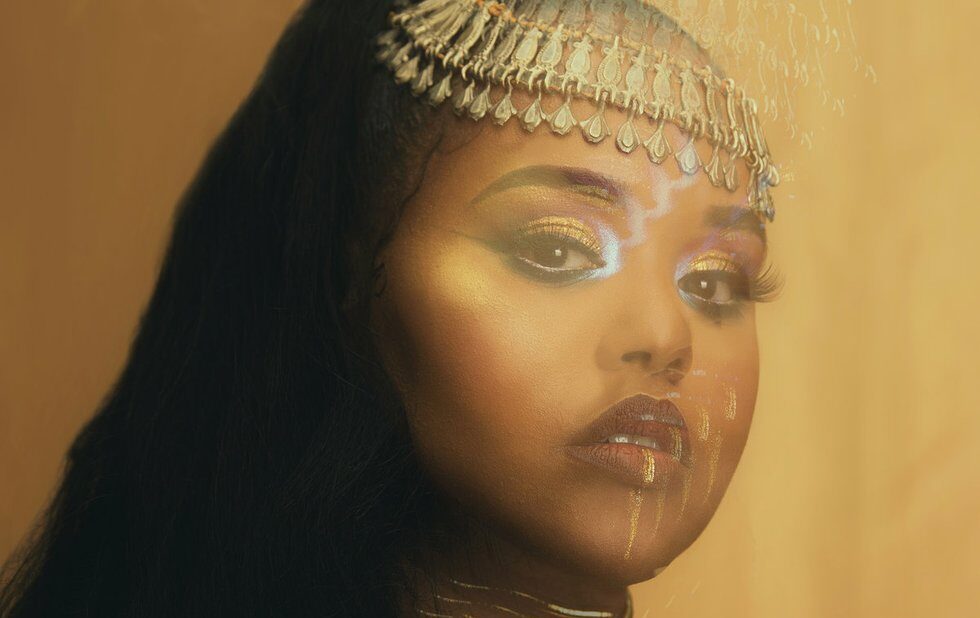 Toronto-based, Somali-Canadian producer Muxubo Mohamed (aka OBUXUM), is not just telling her own story on her debut full-length album. Instead, she says, she’s “created deliberate little worlds that tell numerous stories.”

Her compositions bustle with hip-hop, house and techno elements, which gives the album a feeling of restlessness. Although half of the album’s 10 tracks clock in at under two minutes, each song delivers a unique statement. Every thump of the booming bass notes on Take Up SPACE!!, for example, feels like a manifesto for marginalized people to commandeer space.

Her fluttering beats mirror the motions of a pen scrawling across paper. As OBUXUM explains, each track is “a life-lesson or a note to upcoming Black womxn artists.” A sampled Viola Davis from her 2015 Emmy Award acceptance speech quotes Harriet Tubman speaking of equal opportunity on the glistening EQUITY!!! and on Don’t Blame Them, a funky electronic track that morphs into a silky R&B song, local singer/songwriter YourHomieNaomi offers warm encouragement.

On opener Ayeeyo’s Intro / Can You Feel My Rage?, a woman reports on gender-based violence in Somalia, stating that the east African country is “the second worst place in the world to be a woman.” OBUXUM encircles the voice in a murky soundscape anchored by a looped beat that ripples like blood dripping into water. At the song’s chilling half-way point, OBUXUM cuts through the haziness with a roaring synth melody that replicates her fury.

The album’s final voice is robotic and omniscient, welcoming us to “the maze.” From within the eerie soundscape of A Story About Re-Birth / To Be Continued, the voice says, “if this is your first time here, I shall explain the rules.” But before any instructions are given, OBUXUM leads us through a shadowy labyrinth of varying rhythms and textures. The effect is a little unsettling – speaking, maybe, to contemporary unbalance – but emphasizes OBUXUM’s mastery of mood.

Unquestionably, OBUXUM’s story isn’t over. This is just the beginning.

Top track: Ayeeyo’s Intro / Can You Feel My Rage?

And her own album release show on Saturday (August 31) at Handlebar. See listing.