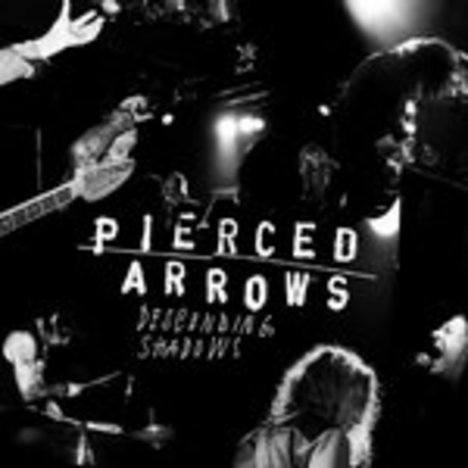 The term “nuggets” is often used as shorthand to describe amateurish garage punk, sloppily played but bursting with swagger. And while it usually signifies youth, it’s the perfect descriptor for veteran rockers Pierced Arrows, and not only because one of its members actually played on the seminal Nuggets compilation that begot the term.

Pierced Arrows’ sophomore album is raw, unpolished rock ‘n’ roll at its most essential. Despite having played music for six decades (most notably with Dead Moon), the band’s husband-and-wife principals, Fred and Toody Cole, sound as youthful as their Vice labelmates. Words like “growth” and “maturity” don’t seem to be part of the Portland trio’s vocabulary, but they can definitely write a timeless hook and hammer it out with little, if any, studio embellishment.

It may not be earth-shattering, but it’s doubtful this album will ever sound dated.