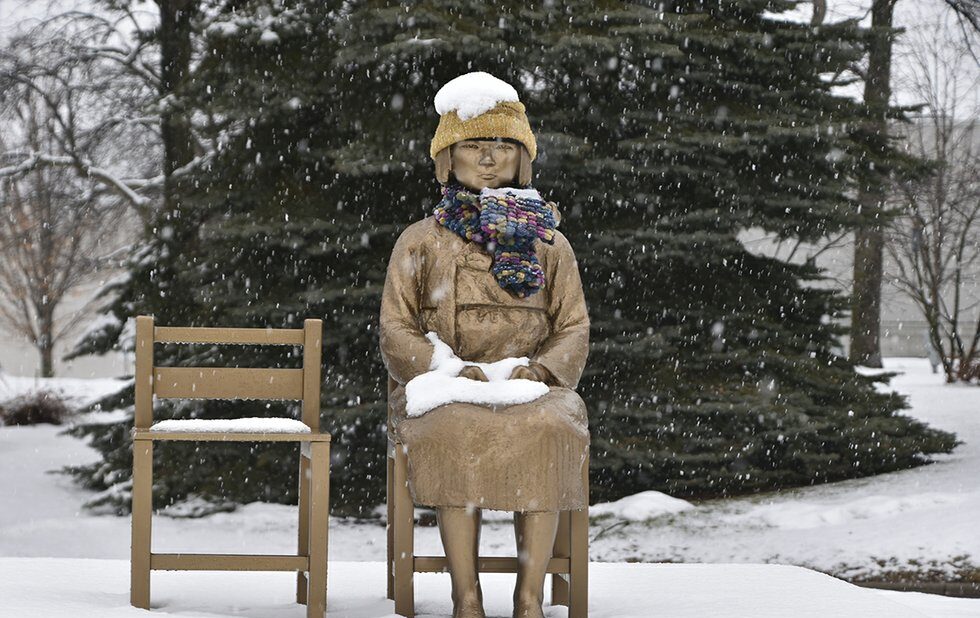 What Pyeonghwaui Sonyeosang, also known as the Comfort Woman Statue.

Where In front of the Korean Canadian Cultural Association Centre, 1133 Leslie.

Why To commemorate the suffering of the so-called “comfort women.” Toronto’s bronze, which was unveiled in 2016, is a replica of the one created by husband-and-wife team Kim Eun-Sung and Kim Seo-Kyung and placed in protest in front of the Japanese Embassy in Seoul in 2011. The bird on the statue’s shoulder represents freedom and peace, which is why the sculpture is sometimes referred to as the Statue Of Peace. 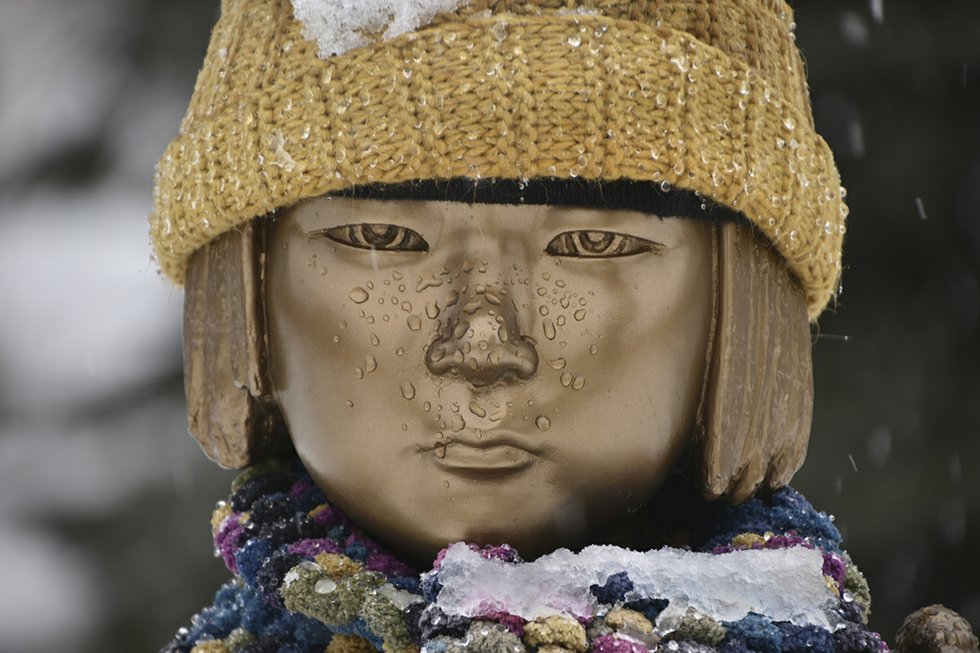 Toronto was the third city outside Korea – and the first Canadian city ­– to erect the monument. Vancouver was originally slated to be the first to unveil the statue, but those plans were cancelled in the face of widespread Japanese community opposition.

Between 20,000 and 410,000 women were lured by promises of employment, or abducted or forced into becoming Ianfu, or “comfort women,” for the Japanese armed forces during the Second World War. Most were from Korea, China and the Philippines. In 1993, the UN Global Tribunal on Violations of Women’s Human Rights estimated that by the end of World War II, fewer than 10 per cent of these women had survived. 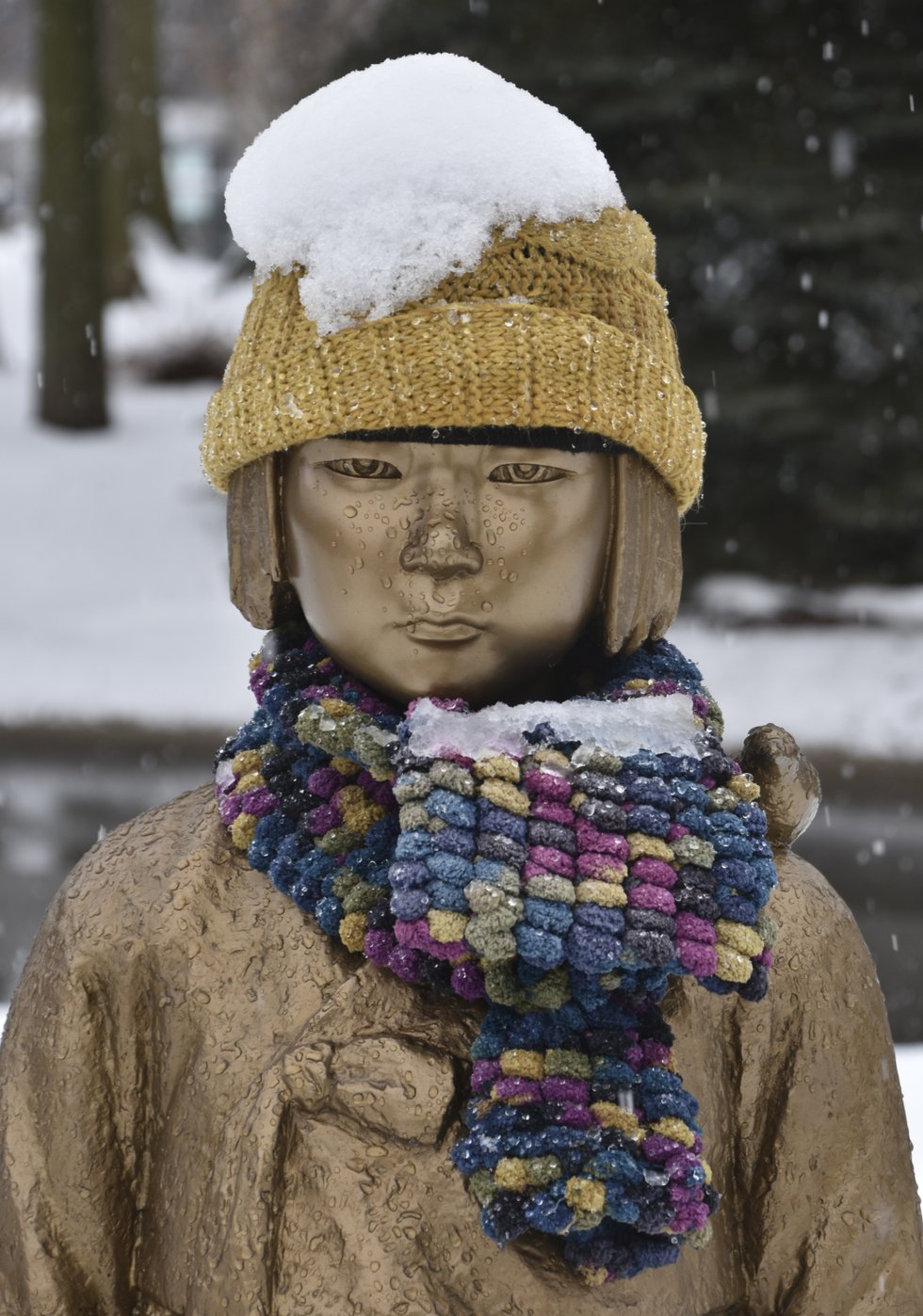 The 19th-century Prussian general and philosopher Carl von Clausewitz characterized war as the “continuation of state policy by other means.” What did he mean by “other means”? He might have meant the exchange of atrocity, often by people who were otherwise decent and humane.

The first Korean to immigrate to Canada was a mission-sponsored medical intern. Tae-Yon Whang arrived in Toronto in 1948. Since then the number of Korean-Canadians has grown to almost 190,000 including 54,000 in Toronto where, in 1966, the Korean population was 100. 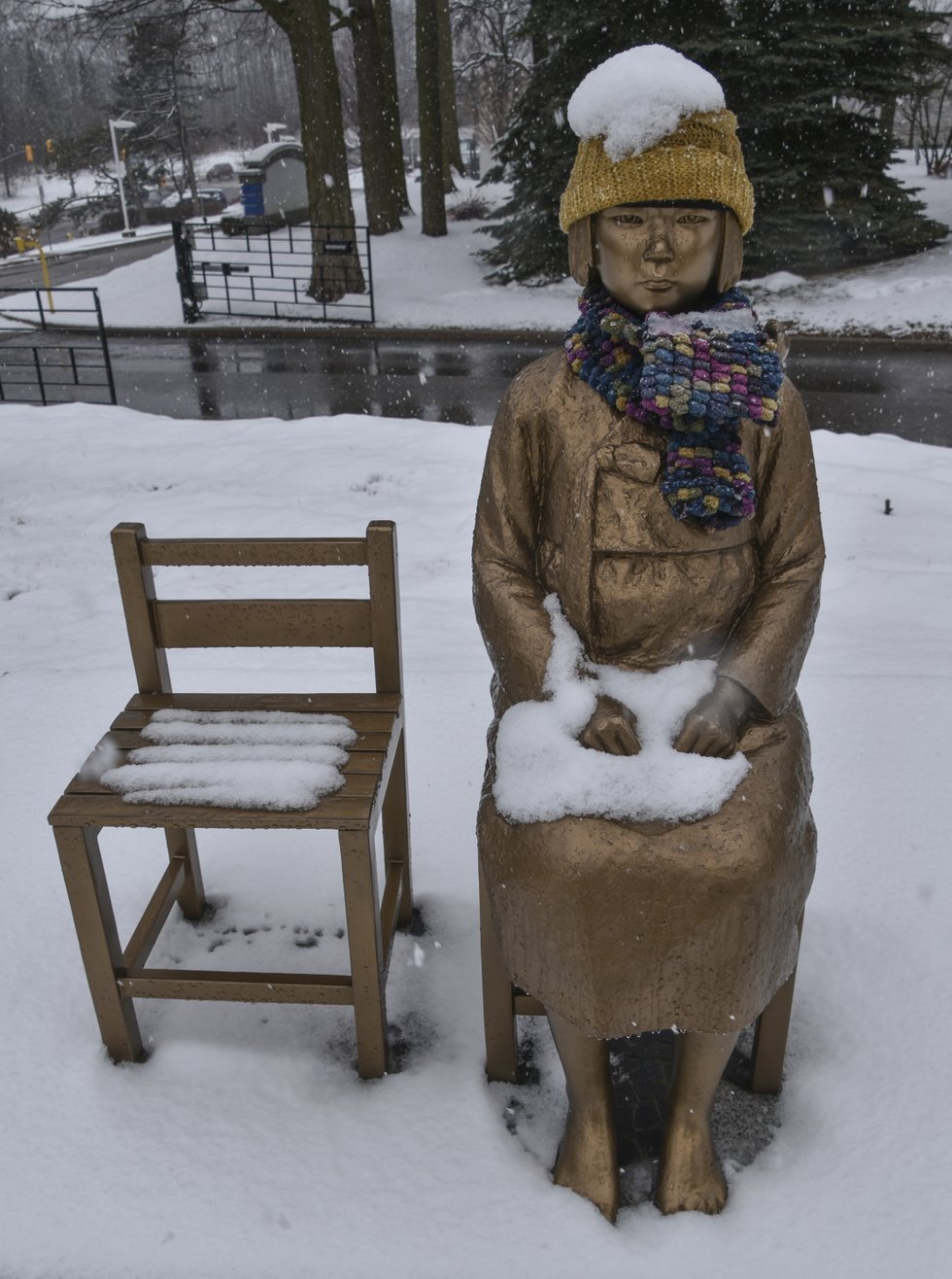 Hidden Toronto is a weekly feature on the fascinating faces and tucked-away places that make up the city. It appears Fridays online and Thursdays in print.