Top COVID-19 stories and news The TTC is. 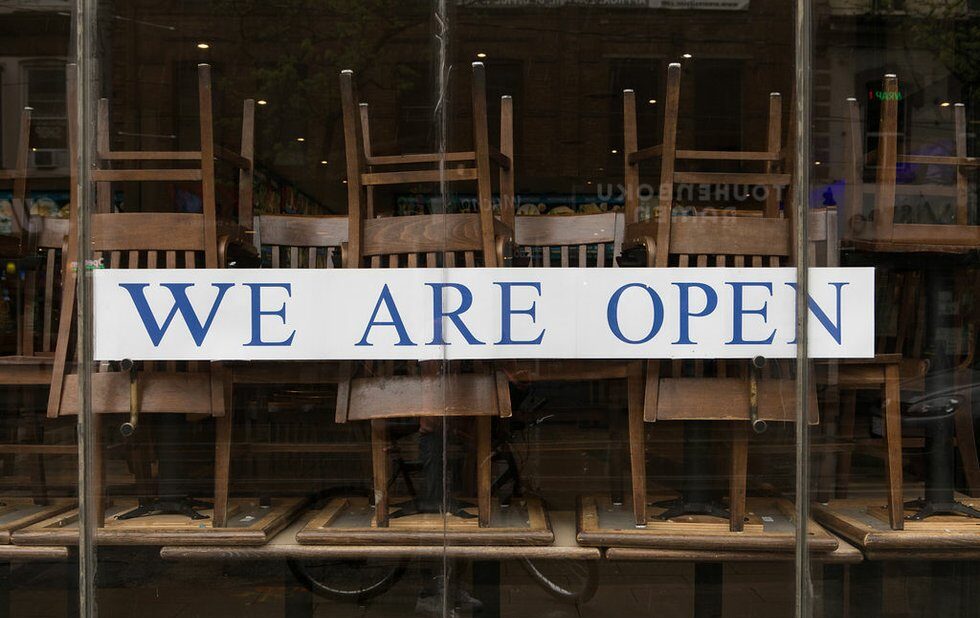 6:09 pm The pandemic is slowing in Canada, but deaths will increase: Tam

Coronavirus spread is slowing in Canada, but deaths will likely increase in the weeks ahead.

Over the past 14 days, Quebec and Ontario accounted for over 90 per cent of new cases, Canada’s chief public health officer said today. No community transmission has occurred in the Yukon, Northwest Territories and Prince Edward Island. Nunavut has not reported any cases to date.

“There are regional epidemics in Canada,” she said.

Young and middle-age adults account for the majority of Canada’s cases, but there’s a sharp peak in cases among adults age 80 and older due to outbreaks in long-term care homes in Ontario and Quebec.

People in long-term care homes account for 18 per cent of cases and 80 per cent of deaths. Tam added that the virus has “exploited” socio-economic inequalities in the country, particularly in communities with lower incomes and health disparities.

Overall, the number is below one but it must stay below one before three weeks before the government can be sure public health measures are effectively controlling the epidemic. Tam added that the Rt continues to fluctuate due to ongoing transmission in and around Toronto and Montreal.

There was a spike in deaths, with 83 more reported since yesterday. In all, 883 people have died from COVID-19 in Toronto.

2:22 pm Ford announces $1.5 million in funding for Black communities struggling during the pandemic

Doug Ford’s government has announced the province will spend $1.5 million to help Black communities “address the disproportionate impacts of COVID-19.” The funding will go through community organizations that support Black families and youth during the pandemic.

Ford also announced he has created an advisory group called Premier’s Council on Equality of Opportunity, which will be chaired by Jamil Jivani, Ontario’s Advocate for Community Opportunities. The council aims to help youth overcome social and economic barriers.

During his daily Queen’s Park press conference, Ford insisted the creation of the council was not a reaction to recent events, such as the police killing of unarmed Black man George Floyd in the U.S. or the Toronto protest in the wake of Regis Korchinski-Paquet’s police custody death in High Park, but was already in the works.

Jivani added the council will address “the relationship between economic policy and social issues.”

“Previous government administrations separated the two,” he said. “They didn’t connect economic and social issues the way we’re trying to.”

Asked about activist calls to defund police and use money for mental health services, Ford replied: “I support more funding for community resources and I don’t believe in cutting the police. Everyone in our community has to be part of solutions.”

Jivani responded that there is a deep distrust of police among Black communities, but said not everyone is arguing the police should be defunded.

“I do think this is something local municipalities should consider. What is the best use of their budget?” he said. “Could some resources that go into law enforcement be wisely used elsewhere? Certainly. I’m sure that’s true in some cases. But I’m also certain that it’s not true in other cases.”

1:50 pm Ontario to lift restrictions on Airbnbs and short-term rentals on June 5

The province is lifting restrictions on short-term rentals, including lodges, cabins, cottages, homes, condominiums and B&Bs.

The rentals will be allowed to resume operations in starting June 5 at 12:01 am, Minister of Economic Development, Job Creation and Trade Vic Fedeli tweeted on Thursday. Details or guidelines around the rentals have not been announced.

On April 4, the province banned short-term rentals except for people in need of housing during the pandemic.

The provincial government has appointed to the William Osler Health System to temporarily take over management at Woodbridge Vista Care Community long-term care home in Vaughan.

The home has been receiving hospital support, but unable to contain the spread of COVID-19, the government said in a news release.

“These steps will enable a rigorous management structure to help contain the spread of the disease and assist in returning their home to normal operations,” the statement reads.

Premier Doug Ford has said there are 19 long-term care homes dealing with outbreaks that are under “code red” status, but government officials have not named them publicly.

12:30 pm Seniors to receive one-time payment in the week of July 6

The funding is meant to help seniors offset added costs during the pandemic. Trudeau added that despite many areas in the country reopening, the elderly will have to stay home longer since they are more vulnerable.

The overall cost of the measure to the federal government is $2.5 billion.

Prime Minister Justin Trudeau said the virus spread is slowing across the country – and even stopping in some places.

“The data shows that we are continuing to make progress in the fight against this virus. In many communities the number of new cases is low and we can trace where they came from,” he said.

However, he added the country is “not out of the woods” as the situation remains serious in areas that are seeing large numbers of new cases as well as in long-term care and seniors homes.

Another 45 people have also died – a huge increase since yesterday when 19 deaths were reported. The provincial death toll now stands at 2,357.

In terms of  testing, the province surpassed the daily target of 16,000, with 20,822 tests completed. Another 12,760 tests are under investigation.

10:38 am Tory again calls on province to ban commercial evictions

Mayor John Tory says commercial landlords who prefer to evict tenants rather than negotiate a rent abatement or allowance during the pandemic are “inflicting wounds on themselves.”

At a news conference on Thursday morning, the mayor reiterated his call for the province to ban commercial evictions during the COVID-19 crisis.

“I saw premier ford saying he’s ready to play hardball on this. I think the time for the hardball has come,” Tory said. “It’s time now to say to the landlord community, as much as they have their own issues… there will be no evictions.”

The provincial and federal governments have launched a commercial rent relief program that sees landlords, tenants and the two levels of government splitting the cost of rent, with the Ottawa and the provinces paying 50 per cent. However, many small businesses still fear they will be evicted.

To date, Premier Doug Ford has not heeded calls from small businesses ban commercial evictions during the pandemic.

The city has released a plan called CafeTO to allow restaurants and bars to open and expand patio space in time for the summer season.

On Thursday morning, Mayor John Tory said no date has been set for patios to reopen but hopes that they will be part of stage 2 of the Ontario government’s plan. The province must lift an emergency order forcing the closure of bars and restaurants in order for the city’s plan to proceed.

“The good news is if you have a patio already there is nothing to stop you, within the context of these rules and regulations for the expansion, to get ready to open now,” Tory said.

Tory calls CafeTO “a quick-start program” that will reduce red tape for businesses that must apply to expand patios and access additional space for physical distancing on sidewalks and curb lanes, for example.

The mayor said the city has been in talks with the province to ensure liquor law issues are also resolved once the province lifts the emergency order.

The city is also waiving fees that restaurants and bars would normally have to pay when applying for expanded space. There will be guidelines for restaurants to follow and a registration process. Details of that process will be announced in the coming days.

Tory said the city has seen the most interest from businesses downtown and midtown, but hopes more suburban bars and restaurants will apply.

8: 30 am Lake Shore East road closure to be extended this weekend for ActiveTO

The city will once again close roads to vehicle traffic as part of the ActiveTO program.

After the Gardiner closed for maintenance last weekend, the closure on Lake Shore West will return and the Lake Shore East closure will be extended east to Leslie Street.

Here’s the list of this weekend’s closures, which will take effect on June 6 at 6 am and last until June 7 at 11 pm:

The ActiveTO program encourages people to get outside while keeping a distance from one another in order to curb COVID-19 spread. The road closures provide greater space for walking, running and biking.