In How To Get Laid Without Your Phone, the author encourages people to question how technology has shaped them 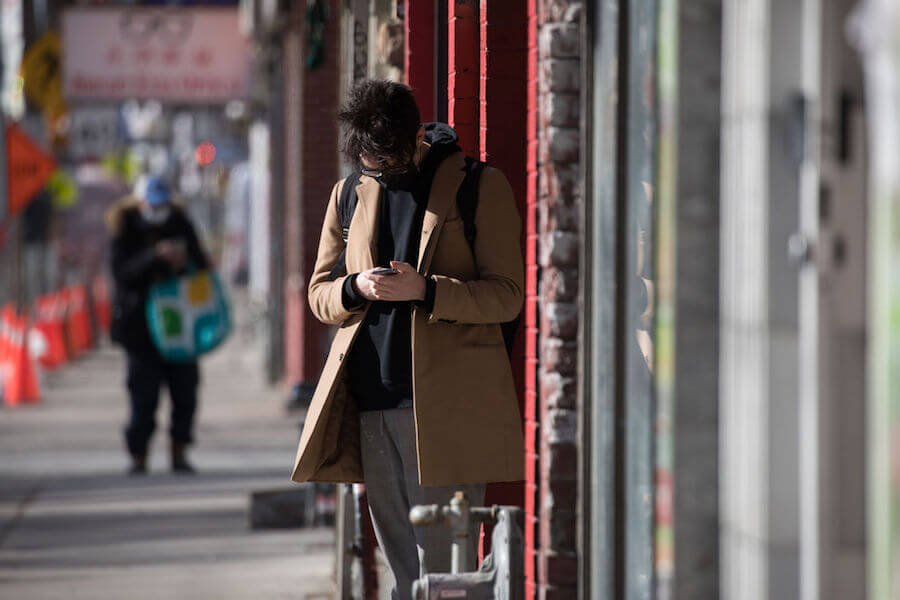 It’s ironic that Siri Agrell’s delightful little book How To Get Laid Without Your Phone is being released during a pandemic. Because of current lockdown measures, you can’t read it in a cafe, where it might act as a handy conversation starter – and possibly a challenge – for potential mates.

But Agrell says the pandemic has actually underlined the point of her book, which explores how we shouldn’t live through technology alone. There’s more to life and love, the book suggests, than simply swiping right on your phone.

“Lately we’ve found ourselves at home with nothing but our screens, and I think we’re realizing that we’re bereft,” says Agrell, on the phone. “We’re missing something. A lot of people fantasize what it’s going to be like when we go back out into the world, and so I think it’s a good time to encourage people to try and change a little before we do.”

The book grew out of a lecture she gave as part of the Walrus Talks series on Humanity and Technology in 2018. That in turn came from conversations she had had with younger colleagues when she left journalism and worked both at the mayor’s office and in the tech industry.

“I’m 43, so I had this sort of voyeuristic interest in how younger people were dating,” she explains. “They would tell me about their experiences and ask how people in my generation used to meet each other.”

That got her digging into her past for the book and recounting episodes from her own dating history, one that didn’t involve Tinder and texting.

From meeting people to spending time with each other to breaking up – it was all done in person, eye-to-eye. She can’t imagine the equivalent of today’s ghosting.

“Ghosting is one of the most dehumanizing things you can do,” she says. “If you were face to face with someone and you just walked away, that would be crazy. People would scream after you. They’d chase you down. But we do that to people all the time online.”

That detachment applies not just to interpersonal relationships, but to society in general. Is it any wonder that we’re so polarized politically these days?

“I could have called this book How To Work Without Your Phone or How To Not Be A White Supremacist Without Your Phone,” she says. “Because all of the things that we’re seeing come back to this topic: that technology has opened up so many doors, but it’s also had impacts on us. And one of those impacts is that when you’re not face to face with somebody, you can do all kinds of things. You can call people names on Twitter. You can say things you’d never say to somebody’s face.”

She’s not suggesting people looking for love avoid technology completely. After all, for the shy and socially awkward, saying hi on a dating app is a lot easier than meeting someone in a crowded bar or at a party. And who hasn’t googled someone’s name before a first date? 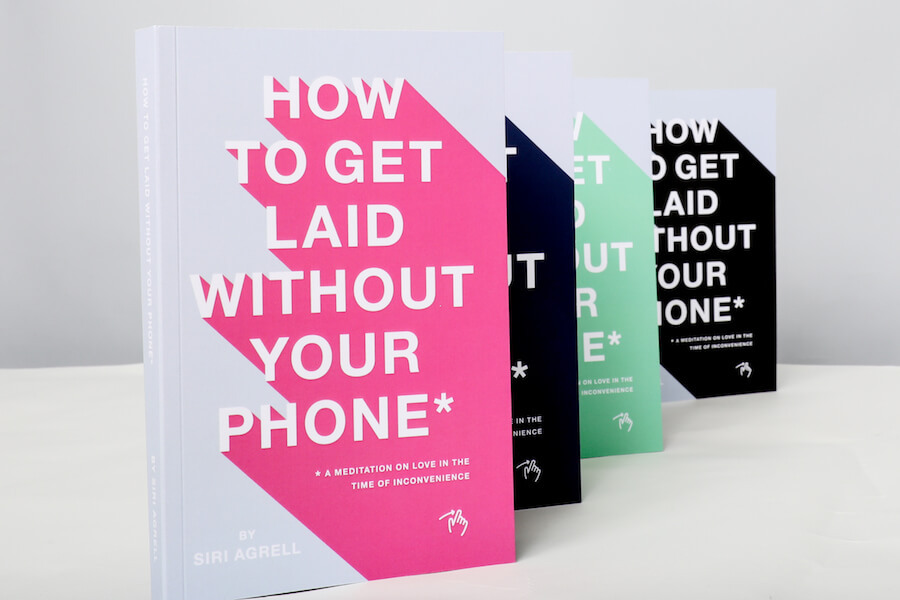 Courtesy of Type A Print Inc

Siri Agrell’s How To Get Laid Without Your Phone comes in four colours, each one with its own special flip book.

“But we have this tendency to google people before we meet them, and then we think we know everything about them,” she warns. “I’ve heard from a ton of people who’ve gone on dates and said the other person didn’t ask them a single question about themselves.”

One of the most charming things about How To Get Laid Without Your Phone is its presentation – or how it’s laid out. (Jason Logan and Isabel Tan designed it.) Each page has lots of white space, the writing displayed in little easily digestible nuggets. The book’s compact size makes it perfect for toting around and whipping out on the streetcar.

“When you think about how we absorb information now, Instagram has changed things. So I wanted the book to be reminiscent of the way we see things on Instagram, and the way that we respond to words and images now.”

There are four colour-coded covers, each with a flip-book designed by Jake Tobin Garrett, whom Agrell found while putting a call out on Twitter.

“We remember our lives in little vignettes of experience,” she says. “And each of the four books has a flip-book that’s based on some experience. Once I tried to break up with somebody and he fought me on it and the whole time, the candle on our table was burning down, and eventually went out. I finally said, ‘I think we’re done,’ and we both just walked away. One of the flip books shows this candle burning down.”

As for dating after the pandemic ends, Agrell says we’re going to have to learn how to develop muscles we’ve lost.

“Even the most gregarious people I know have said it’s going to be really hard having in-person conversations again,” she says. “So we’re all going to have to go through this re-learning process. But I think it’s important to recognize this fact and say, ‘Okay, I’m a little bit out of shape in terms of how I interact with people because I’ve literally been in my house for 10 months. Let’s get through this together.'”

“But we need to start thinking about how it’s affecting us and how we can mitigate that. That’s what this book is for. I want people to think about the things they miss. And many of them are the random moments that happen out in the world. That’s what everyone’s after. And none of those happen because of technology.”