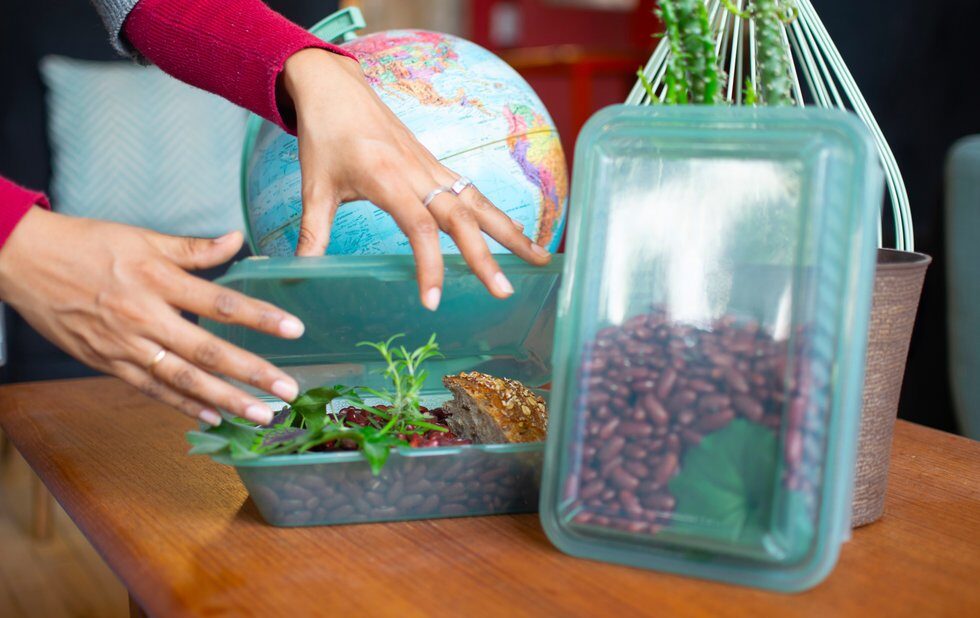 Developed by Wisebird founders Erika Reyes and Beth Szurpicki, the Wisebox program will allow customers to pay a five-dollar deposit on reusable takeout containers when purchasing their meals. They can then return the container for a full refund at a participating restaurants, or keep the box and reuse it for their next meal.

“It seems like it’s a flawless system,” says Shawn Adler, the owner of Kensington Market’s Pow Wow Café, which is among the 14 restaurants participating in a four-month pilot program launching on February 21.

“The challenge is going to be convincing people that a five-dollar charge isn’t atrocious as a one-time fee,” Adler says. “It’s a small price to pay to help out the environment.”

Other restaurants set to offer Wisebox containers include Miya Bhai and Mugi in the Annex Gushi in Cabbagetown Colombian Street Food in the Junction Free Times Café and Karine’s in the Kensington Market area Libertad Mexicana in Liberty Village Maizal Tortilleria on Ossington, Farm’r in St. Lawrence Market and Café Tibet Bar & Grill and Coffee And All That Jazz on Roncesvalles.

Non-recyclable black plastics are commonly used for takeout. And even white plastic containers are ending up in a landfill unless customers wash and recycle them.  As NOW’s Samantha Edwards reported in August, city officials are in the early stages in figuring out how to curb the plastic-waste problem.

At the federal level, prime minister Justin Trudeau announced plans to implement a nation-wide ban on single-use plastics in 2021.Canada only recycles nine per cent of its plastics, according to the Recycling Council Of Ontario.

Part of the challenge is creating a cultural shift to cut the use of plastics.

The Wisebox program, which also includes a membership option with discounts and perks, wants to make bringing your own containers as painless as bringing your own bags to the grocery store, carrying a water container to the gym or returning bottles to the liquor store.

“Once something like this gains traction and gets ingrained in your brain, you don’t think about it anymore,” says Adler. “It just becomes part of your life.”

And the program also wants to make it painless for restaurants to sign up. Wisebox claims that switching to reusable containers saves restaurants money in the medium- and long-term, since they no longer have to spend on disposables. The adjustments they need to make include introducing the new system and adding returning containers to their dishwashing cycle.