These Toronto restaurants are voluntarily closing due to Omicron

With the new variant spreading, some spots are taking a break or shutting down indoor dining. Plus: more Toronto restaurant news. 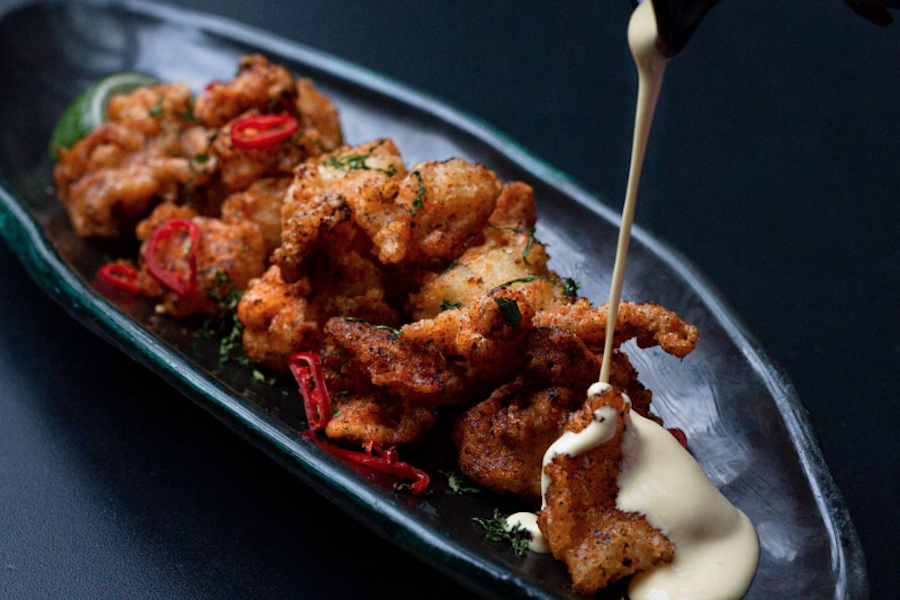 Like many restaurants in the city, Chotto Matte is temporarily closing as a result of the omicron variant in the province.

It hasn’t even been a full week since Doug Ford announced reduced indoor dining and 11 pm curfews for restaurants and bars. Yet so much has already happened. Some food spots have cancelled indoor dining for the time being. Others have chosen to close over the holidays to plan for 2022. New Year’s Eve menus have also been altered or cancelled.

Here are the Toronto restaurants that are temporarily closing, eliminating indoor dining or permanently closing for the week of December 15-21.

The Dufferin and Geary bar that’s known for their laid-back vibes, games and craft beer announced on Friday that they were closing “until further notice.”

“Due to rising case numbers and uncertainty surrounding Omicron,” this Roncesvalles bar is also temporarily closing. The announcement came the day after Doug Ford’s press conference regarding COVID-19 restrictions on restaurants and bars.

The Japanese and Peruvian fusion restaurant in the financial district is temporarily closing until December 27. “As we navigate through this unpredictable landscape, our priority remains the welfare of our guests and staff members,” the team said via Instagram. In an email to NOW the team also mentioned that they readjusted their New Year’s Eve menu.

The Filipino pop-up at Sari Not Sari in Parkdale announced via Instagram that they were closing their brunch service until 2022. “[We’re] looking forward to sharing some big news in the New Year,” the team says.

The southwestern cantina that recently opened its King West location will be closing until December 29. The team announced via Instagram that they closed temporarily to keep their staff and guests safe.

Riverside’s wine bar announced Monday that their regular service will be closed until the new year. Their bottle shop will be open at least once a week, they said via Instagram.

The Harbord tea house that recently opened under new ownership is also closing “until at least January 3 next year.” In their statement, the team says, “Though this holiday season isn’t what we imagined, we are hopeful that we can welcome back more events, vendors and space for the community to come together soon.” In the meantime they will be having a loose leaf tea sale this Thursday and Friday.

Known for their creative seafood dishes, the Dundas West restaurant is temporarily eliminating indoor dining and will limit their services to takeout only. “This was a very difficult decision to make. I hope this will be as brief as possible and that it will allow our staff time to get their booster shots,” the owner said via Instagram.

Leslieville’s French restaurant switched to takeout only last week, and will be doing so until January 18. The decision was made in response to the Omicron variant, they said via Instagram.

Toronto restaurants that are permanently closing

The 30-year-old sandwich shop that was known for their affordable banh mis will be closing on January 1, says food writer Suresh Doss on Twitter. According to Doss, owner Rose Pham is retiring.

It’s this popular ice cream parlour’s last week of business, as the team decided to not renew their lease. “Since our very first day of opening I’ve been astonished and utterly grateful for the level of support [we’ve] received from you,” Ed Wong said in a statement via Twitter. “But it’s time for me to pursue some other interests while I’m still relatively young enough to enjoy what’s next.”

Ed Wong says he will not be renewing Wong’s Ice Cream’s lease and will close its doors on December 24.

The grocery store chain closed its Yonge and Bloor location on December 11. “We look forward to serving you at one of our [two] other locations and or perhaps with our same day home delivery service available across the GTA,” they said via Instagram.