What to do about mortgage payments during the COVID-19 outbreak

Canadian banks will allow homeowners to defer mortgage payments, plus other options for people struggling to pay bills during the pandemic 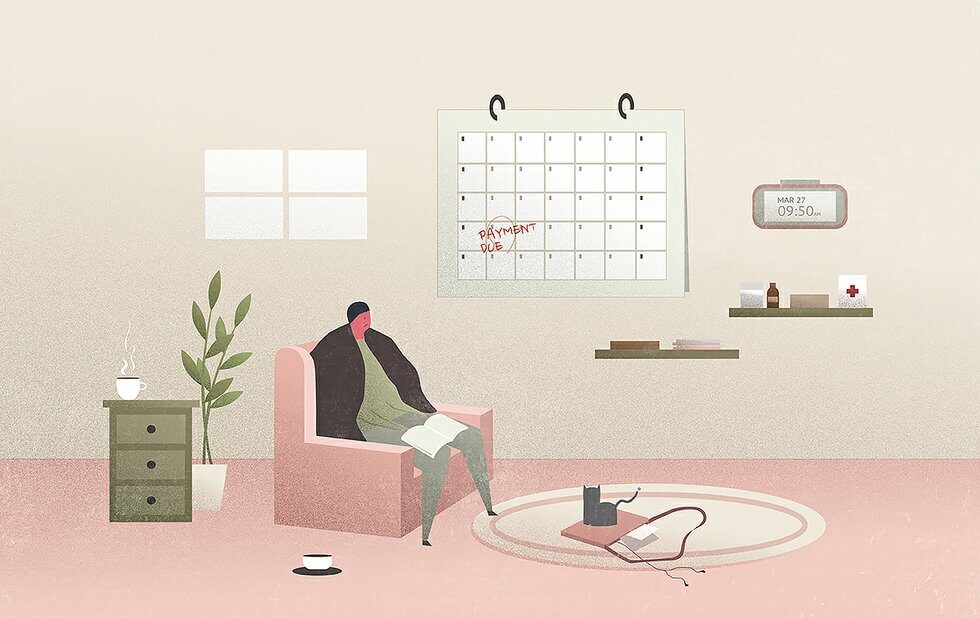 Q: I’ve lost work due to COVID-19 and am struggling to make my mortgage payments. Are there any protections in place for those unable to work due to the outbreak?

A: With many Canadians laid off, facing reduced hours or losing work entirely due to the coronavirus pandemic, keeping up with bills – especially mortgage or rent – may feel like a losing battle.

The good news: there is relief in sight.

On March 17, the country’s six largest banks – Bank of Montreal, CIBC, National Bank of Canada, Royal Bank, Scotiabank and TD Bank – announced immediate plans to allow a deferral of mortgage payments for up to six months. Individuals and business owners should contact their bank to discuss available options, as each deferral request will be reviewed on a case-by-case basis. It’s still unclear whether interest rates will continue to accrue.

“These measures are an important first step and underscore the resilience of Canada’s financial system and the strength of our major banks,” the banks said in a joint statement. “Banks will monitor evolving economic conditions and consider other measures if necessary.”

The Canadian banks’ decision follows similar ones in Italy, UK and France, which have announced “mortgage holidays” in an effort to curb potential defaults among those who are not only losing work, but are sick or self-isolating.

On March 16, the Canada Mortgage and Housing Corporation announced that it would follow similar measures taken during the 2008 financial crisis and launch a revised Insured Mortgage Purchase Program to protect homeowners against default. Through the program, the government will purchase up to $50 billion of insured mortgage pools through the CMHC.

In a statement, the CMHC said, “This action will provide stable funding to banks and mortgage lenders in order to ensure continued lending to Canadian consumers and businesses.”

If these provisions don’t apply to you, the first step is to contact your mortgage broker or lender and find out what relief measures are available, preferably before missing a payment.

For example, if you have an acceptable payment history, many lenders have a pre-existing option where you can delay a payment in cases of financial trouble. You can also discuss other arrangements like extending amortization, which could shorten your monthly payments but will keep you on the hook longer-term.

You can also choose to borrow from your home equity line of credit (HELOC), which is a revolving credit line that essentially uses your home as collateral. It provides flexibility when borrowing and repaying. Of course, you’ll still have to eventually repay your HELOC and keep up with minimum payments, but it’s a decent temporary solution if you already have a HELOC set up.

If you don’t have a HELOC, the application process to set one up can take at least six weeks, which isn’t so useful during an emergency.

“If lenders don’t help people and they go under water, they’ll just leave,” says James McKellar, director of the Brookfield Centre in Real Estate and Infrastructure at York University’s Schulich School of Business. “Historically, if you go into a recession and the value of the house drops, what we see is people lose equity and when that happens, they walk. They go to the bank and say, ‘Here are the keys.’ What happened in Alberta [during a recession in the 80s] was then the banks rented the homes back to them. Lenders don’t want this to happen – they don’t want to foreclose your home.” In other words, lenders are inclined to help.

Taking note of the frozen economy, the Bank of Canada cut its benchmark interest rate target by 50 basis points to 0.75 per cent last Friday to help growth. As of Tuesday, several banks, including RBC, TD and Scotiabank, dropped their prime rate by 50 basis points for the second time in recent weeks, to 2.95 per cent.

“When people need funds, it’s quick-demand funds they’re looking for, which are often based on Bank of Canada’s rate,” he explains. “We’ve seen, in a matter of two weeks, two consecutive and significant rate cuts. That’s because the banks know when clients are looking to borrow money and that if it’s quick-demand money, they’re going to be going to things like lines of credit. They know if that’s the first band-aid they opt for, they are going to want to minimize their cost and, by doing so, help the consumer. “

“Right now, we’re in the middle of a crisis,” adds Hercules Galang, co-founder of Mortgage Scout. “And the number-one rule of getting out of a crisis is to spend your way through. What banks don’t want people to do is clamp up and not spend. By reducing rates, they make it possible for money to be cheap and available.

“If people are borrowing the money as an interim means because they’ve lost their jobs or exhausted their savings,” he continues, “they want to make sure the tool they’re using in this fallback position is reasonable as far as the cost, so they can bridge clients through these difficult times.”

Rate cuts also make borrowing cheaper for those searching for a mortgage. “Money may be cheap and people may be more likely to borrow,” says Hasip. “But then you’re taking an already overheated market and making it hotter.

“If the stability is there – and once we’re past this period and money is still cheap – it’s not a bad path to borrow,” he adds. “If you’re in a dual-income household and can afford the risk, go for it. I think it would be most prudent to pause to see how everything plays out.”

Meanwhile, although the Ontario government announced this week that it has placed a temporary moratorium on evictions, whether Canadians will see a freeze on rent payments is another question. Over 395,000 people have, as of Wednesday, signed a Change.org petition urging the government to freeze rent.

The federal government is also expected to pass legislation in regards to housing matters, with many Canadians hoping it will include protections for renters when it comes to missing payments and interest.