NOW MagazineMovies & TVWhat’s new to VOD and streaming this weekend

Including reviews of Judas And The Black Messiah, Cowboys, The Map Of Tiny Perfect Things and Saint Maud 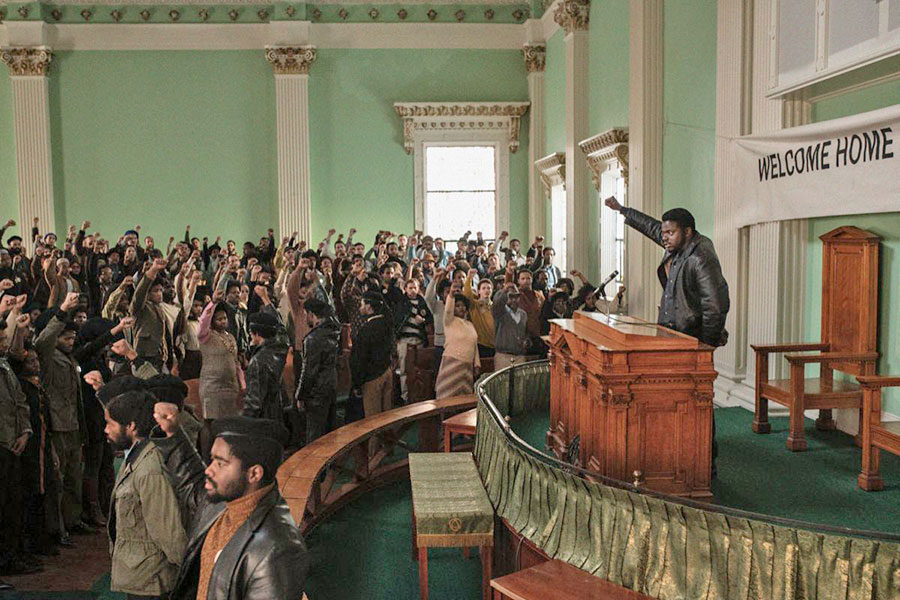 NOW critics pick what’s new to streaming and VOD for the weekend of February 12. Plus: Everything new to VOD and streaming platforms.

In less skilful hands, Judas And The Black Messiah could play like hollow Oscar bait, a tragedy of Black lives manipulated by cynical white authority in a less enlightened time. Instead, director/co-writer King’s powerhouse drama about the complicity of FBI informant William O’Neal in the 1969 murder of Black Panthers community organizer Fred Hampton keeps subtly drawing parallels to the contemporary Black Lives Matter movement, showing us how little has changed in the ensuing half-century. The film has a nervous, contemporary feel, every scene carrying an immediacy that threatens to punch through the period setting. And that extends to the performances of Daniel Kaluuya and LaKeith Stanfield: both actors are terrific, though Kaluuya – who just won the Toronto Film Critics Association’s award for best supporting actor – can’t help but pull focus as Hampton. (Stanfield’s watchfulness makes him perfect for O’Neal, though.) This is one of the best movies of the year, collapsing America’s past and present into one awful continuous moment: it understands how power structures work to maintain themselves, while somehow not fully snuffing out Hampton’s hope that dismantling those structures is the way to a better future. King sees it all clearly, and carves it onto the screen. Read NOW’s full review. 127 min. Available as a premium VOD rental Friday (February 12). NNNNN (Norman Wilner) 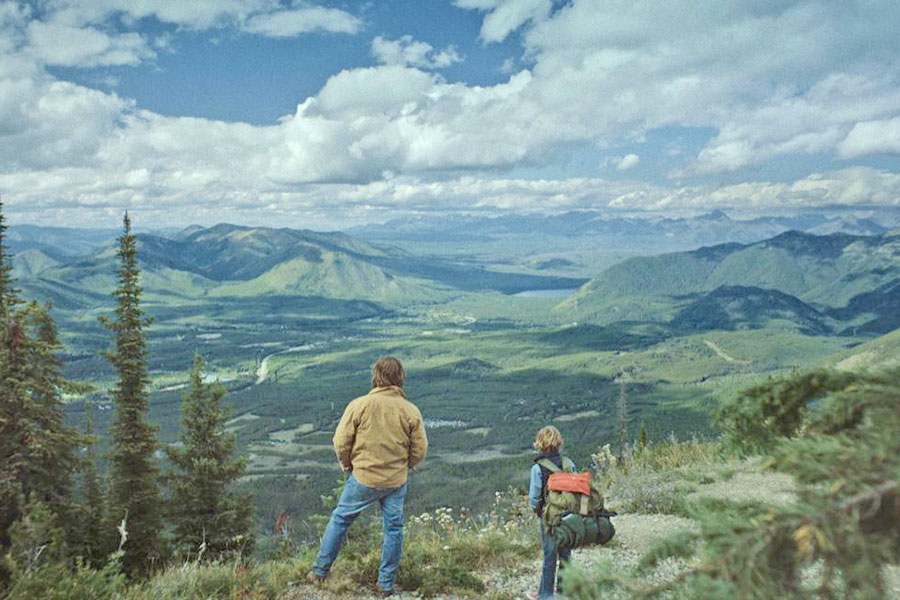 Writer/director Kerrigan’s wobbly drama – which screened at Inside Out last fall – stars Steve Zahn as Troy, a well-meaning man who takes his trans son Joe (Sasha Knight) into the wilds of Montana to get him away from Joe’s mother Sally (Jillian Bell), who refuses to accept Joe’s identity. The problem is that Sally has custody and Troy doesn’t, which means local authorities are soon hunting for the pair. Complicating things further is Troy’s mental health, which was unstable even before he came to pick up Joe. Cowboys feels like it was made with the best intentions, and it approaches Joe’s trans identity with respect and care, folding that character gracefully into its larger narrative. The problem is its depiction of Troy’s undefined condition, and the way Kerrigan uses it to justify a series of increasingly illogical plot developments so she can tell this story as a feature instead of a short. Zahn is clearly giving the performance he was asked to give, but it’s manic and maudlin in the worst way, and it torpedoes any chance Cowboys might have had of connecting to its audience. 83 min. Now available on digital and on demand. NN (NW) 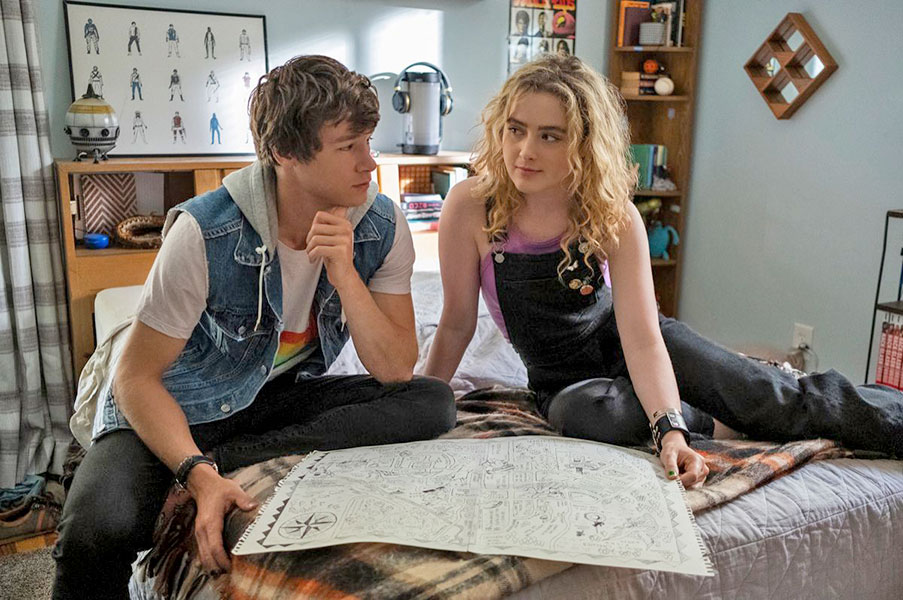 The Map Of Tiny Perfect Things

It might seem like bad timing for The Map Of Tiny Perfect Things to pop up on Amazon Prime Video less than two months after Palm Springs premiered on the service; both features are sweet, self-aware romances about people finding each other inside temporal anomalies. But Palm Springs is about burnouts in their 30s, and The Map Of Tiny Perfect Things is about teenagers, and that changes things. Mark (Kyle Allen) is an average kid who’s been repeating the same small-town day long enough to be existentially bored but still able to amuse himself. And then he meets Margaret (Kathryn Newton, most recently seen channelling Vince Vaughn in Freaky), the only other person who’s aware of the time loop, and suddenly things get interesting again. The pair decide to pass the time mapping out all the little moments of grace and beauty they encounter, day after day… though Margaret refuses to act on the obvious connection between them, and always runs off to some unknown appointment at 6 pm. Both leads are charming, and Lev Grossman’s script – expanded from his own short story – has an essential innocence that undercuts the genre’s usual cynicism, with complications that are unique and even moving. You just have to notice them. 97 min. Available to stream on Amazon Prime Video Friday (February 12). NNNN (NW) 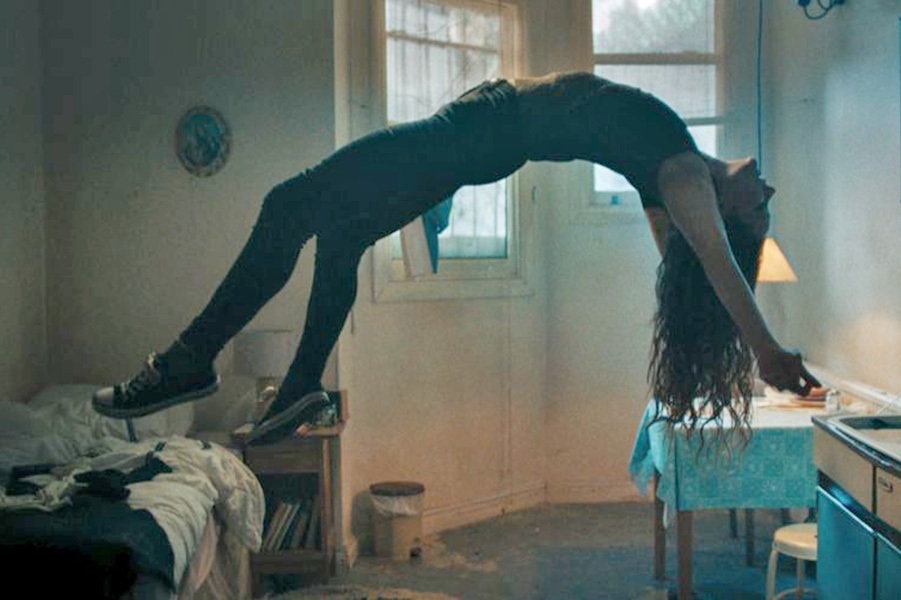 After a decade of evocative, surrealistic short films, writer/director Glass’s feature debut reformulates a certain kind of horror movie into an intense character study about devotion and belief. Saint Maud is cut from the same cloth as Dreyer’s The Passion Of Joan Of Arc and Von Trier’s Breaking The Waves, films that present an unbending protagonist whose unshakable faith comes up against unyielding reality. Saint Maud’s narrative is driven by a tremendous performance from Morfydd- Clark as a young English palliative-care nurse convinced that her latest patient, a dying American choreographer (Jennifer Ehle), is a lost soul in need of salvation. Which isn’t to say Ehle’s work is lacking; it’s just that the movie starts out as a two-hander but soon becomes a riveting solo show, with Glass pushing us further and further into Maud’s head as pressures build from without and within. Impressionistic and brutal in its depiction of whatever its protagonist is going through, Saint Maud creates a sort of ecstatic tension and holds it to the bitter, indelible end. I did say this was a horror movie. 83 min. Available for rental and purchase on digital and on demand Friday (February 12). NNNN (NW)

The pivot to streaming has posed a challenge to any number of film festivals, but the ninth edition of the Toronto Black Film Festival has decided to just go for it, more than doubling its program to feature 154 titles from 25 countries and piling on the panels, workshops and special events. An all-access pass is $69, and though screenings started earlier this week, everything will be available to stream for the run of the festival. Read our interview with founder Fabienne Colas.

TIFF’s celebration of new cinema – aimed at viewers under 25, but accessible to everyone – is doing its best to create a sense of community despite being an entirely digital experience this year: social media participation is encouraged. The traditional Battle Of The Scores and Opening Night Party will be virtual, screenings will be held through the digital TIFF Bell Lightbox platform, and the In Conversation With… spotlight, which features NOW’s Radheyan Simonpillai talking with Finn Wolfhard, will be streamed free over TIFF’s Facebook, Twitter and YouTube channels. And if you’re under 25, tickets for the official selection are also free… assuming there are any left at this point.

Through Monday (February 15) at tiff.net/nextwave 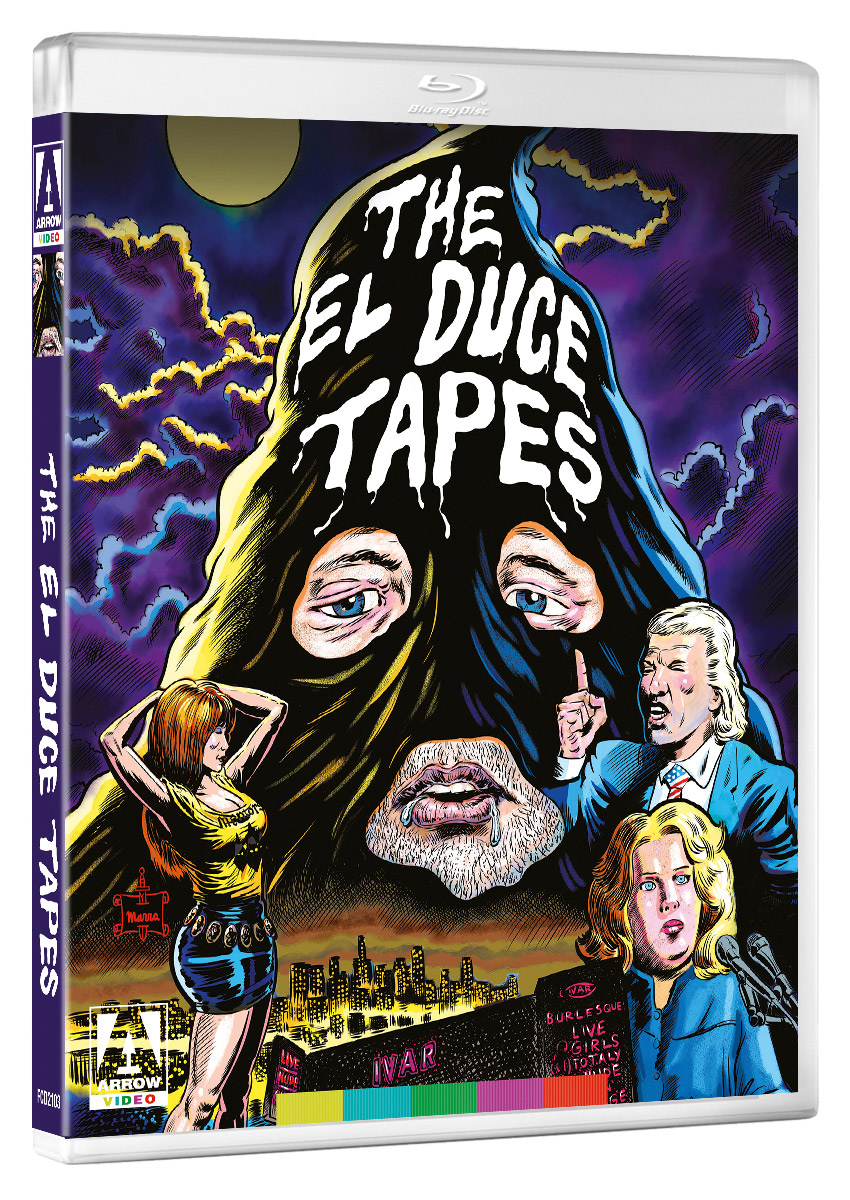 It seems almost perverse to release a documentary sourced mostly from VHS tapes on Blu-ray, but then perversity is what Eldon Hoke – who performed under the stage name El Duce – was all about. As the front man of early 90s shock-rockers The Mentors, Hoke sang about raping and brutalizing women with a distressing brio, and while their musical movement was clearly an outsized reaction to the repressive culture of the Reagan-Bush 80s, designed to trigger moral scolds, it also caught on with a subset of fans who either didn’t understand it was intended to be purgative, or just didn’t care. Rodney Ascher and David Lawrence’s documentary draws heavily on archival footage of Hoke and The Mentors shot by the actor Ryan Sexton, mixing it with Hoke’s appearances on talk shows whose producers and hosts encouraged him to act out so they could condemn him.

Ascher and Lawrence draw a straight line between the affected grotesque of The Mentors and the casual contempt that appears to drive the alt-right today, bringing to mind Kurt Vonnegut’s maxim that, like it or not, we are what we pretend to be. Arrow’s Blu-ray supports a high-definition presentation of the documentary with an equally uncomfortable supplemental package, including audio commentary from the filmmakers, an interview with Sexton and producer Tim Kirk, an interview with Hoke’s Mentors bandmate Steve Broy and a performance by the all-female tribute band The Womentors. But most fascinating of all is More El Duce Tapes, an alternate assembly cut that builds a “sideways sequel” out of unused material. That’s worth the price of the disc on its own.