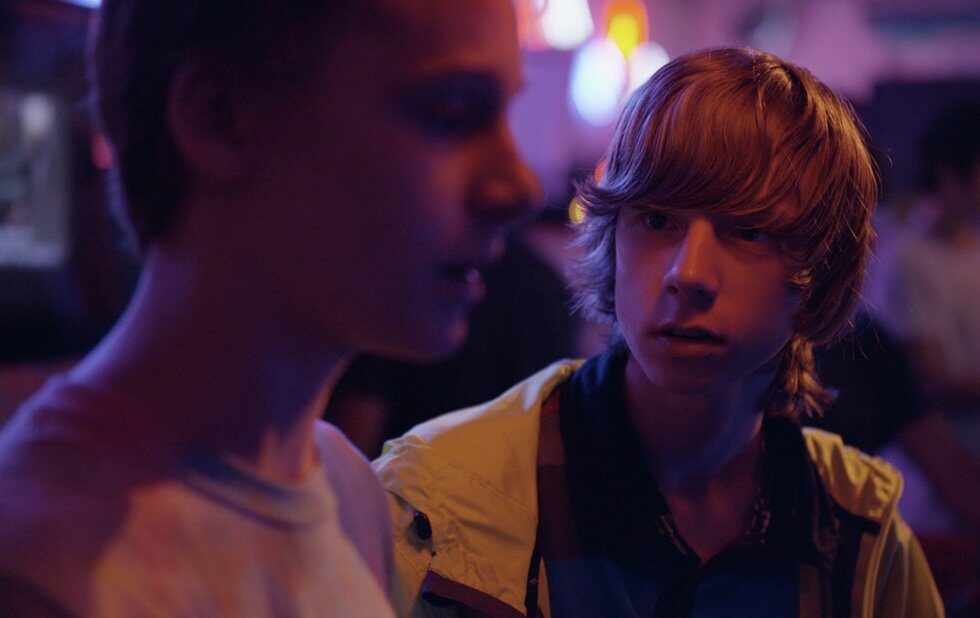 TIFF has announced a major change to its Canada’s Top Ten program, an annual celebration of the country’s best feature films and shorts to premiere in the year prior.

Going forward, the list of films will be announced in early December as per usual, but instead of a festival in January where each film is screened twice at the TIFF Bell Lightbox with directors and cast in attendance for Q&As, the features will screen throughout the year in week-long engagements.

“We’re still making the list of films, so that doesn’t change at all,” says TIFF’s co-head Cameron Bailey. “It’s really just how those films get delivered to audiences.”

The move comes as an age-old conversation about the lack of access to theatrical screens for Canadian filmmakers competing for real estate against Hollywood franchises is growing more frustrating.

In the past, studio fare was far more concentrated around holidays and summer. Slower periods like January to April have traditionally been the times when Canadian filmmakers released their movies, usually with a single-screen run (to meet qualifications for their main promotional boost: the Canadian Screen Awards).

That isn’t the case anymore. Franchise fare is dominating the calendar year-round, with February and March becoming lucrative months when Hollywood titles like Deadpool and Beauty And The Beast can break box office records.

“This is just the latest development of what’s been decades and decades of struggle for Canadian filmmakers,” Bailey tells NOW. “There are fewer cinemas showing independent Canadian films these days. And distributors are generally buying fewer Canadian independent features. It’s just harder for them to get on screen. They just don’t have access to those commercial channels to get into those mainstream movie houses.”

Last year’s Canada’s Top Ten lineup included the Quebec zombie movie Les affamés, which also won the Best Canadian Film prize at the Toronto International Film Festival. But the film never secured an engagement in Toronto after that. What TIFF’s new strategy offers is a chance for the selected titles to secure an elusive and expensive theatrical engagement, and the press coverage that goes with it (at the least, a review in these very pages).

The prohibitive theatrical expense is why the Toronto Film Critics Association recently changed their qualifying requirements for films hoping to secure the Rogers’ Best Canadian Film prize (with a $100,000 carrot). Instead of a week-long run, films only need to screen for a weekend.

“If you can’t get a week in a theatre in Toronto or Vancouver or Montreal or any big city, that just cuts you out from awards,” says Bailey. “And it cuts you out from funding agencies that want to see that you had a release for your feature film. This should help.

“This is an offer that we’re making to the filmmakers and whoever is distributing their movies or owns the rights. They don’t have to take it. It’s really up to them. But we want to be able to make that offer and make sure we have space in our building and support for those films when they go into release to make sure people know that they’re playing here.”

What could get lost in the new format is the buzz that gets built during the Canada’s Top Ten Festival, which bandied about its own hashtag #SeeTheNorth and created a celebratory occasion that put asses in the seats.

“In my experience the screenings in the previous iterations of Top Ten are very well attended,” says Toronto-based filmmaker Andrew Cividino. “I will miss the festival atmosphere and the collective press and buzz that was built around that. Although the films only play twice, I still see that as a success. If you’re able to fill a cinema up and generate some buzz and interest around your movie that’s still great.”

Cividino’s film Sleeping Giant was featured in Canada’s Top Ten while also jumping through exhibition hoops to qualify for awards. Sleeping Giant had a soft week-long theatrical release in December 2015 to qualify for the Toronto Film Critics Awards before securing a bigger, more successful release in April 2016. Very few movies can pull that off, so overall Cividino sees the change to Canada’s Top Ten as a “net positive”.

“Booking that week at a prestige theatre like the Lightbox is great,” says Cividino, who ultimately hopes that the publicity and the buzz doesn’t fizzle out. “We’ll just see if it can sustain itself while being so diffusely spread across the calendar year.”

The shorts and student shorts in the TIFF’s Canada’s Top Ten will also be redistributed, the former into a winter screening as part of TIFF’s year-round shorts programming and the latter as part of TIFF’s Next Wave festival in February. This reorganization is all part of a new five-year strategic plan that will also see the TIFF Kids’ festival scrapped in favour of year-round Kids programming. The interactive March Break event DigiPlaySpace, traditionally targeting an aged 3+ audience, will shift its focus to a 14+ age-group.