Review: Halloween Kills… any hope for a decent sequel

David Gordon Green and Danny McBride made one great sequel to John Carpenter's slasher classic, and this is not it 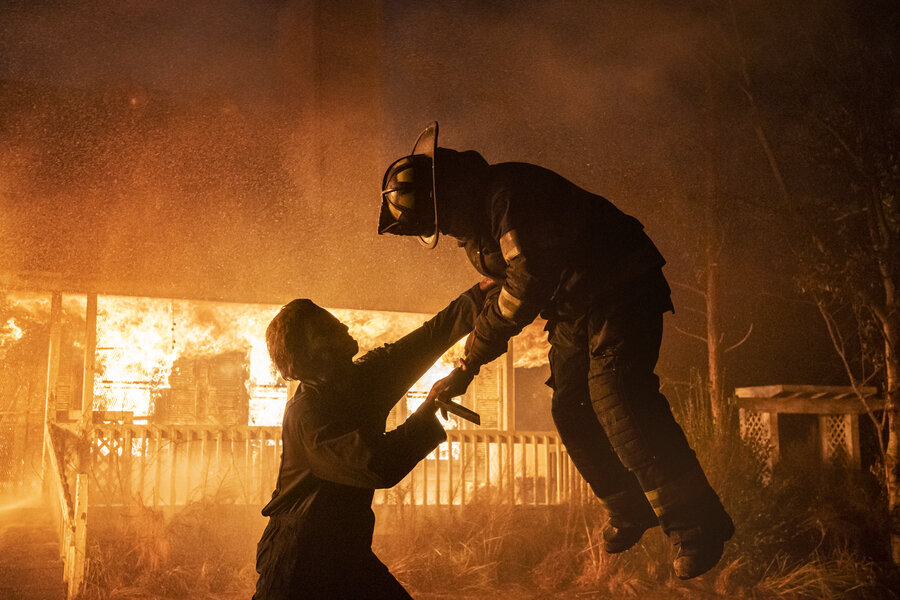 Three years ago, David Gordon Green’s Halloween demonstrated that there was still some lift left in the long-dormant slasher property created by John Carpenter and Debra Hill back in 1978.

A direct sequel to that movie – erasing the convoluted continuity of four decades of sequels and reboots – it respected Carpenter and Hill’s accomplishments as filmmakers, revered Jamie Lee Curtis’s performance as Laurie Strode, and added interesting new characters played by Judy Greer, Toby Huss, Will Patton and Andi Matichak for a sequel that genuinely considered what the passage of time would do to the survivors of the Haddonfield massacre. Green and co-writer Danny McBride (yes, that Danny McBride) did everything right, delivering a satisfying conclusion to the rampage of Michael Meyers.

But by making a worthwhile Halloween movie, Green and McBride also proved the franchise was still viable. And now their sequel has spawned its own sequel, Halloween Kills, which turns out to be exactly the sort of crushing disappointment we’d braced ourselves against last time.

Honestly, it seems impossible that Halloween Kills was made by the same people who made Halloween 2018. Scott Teems replaces Jeff Fradley as Green and McBride’s co-writer on this one, but that one change shouldn’t explain why this movie should be so clumsy in its storytelling, so incoherent in its themes. Even its point of view is incomprehensible; half the picture treats Michael Meyers as the cruel, implacable menace of the previous films, and the other half expects the audience to root for him as he savages each new victim. Why, after working so hard to bring back his shark-like blankness, would they suddenly turn Michael Meyers into Friday The 13th’s Jason Voorhees, capable of superhuman butchery with pauses for cheering crowds? What’s the point?

After back-to-back prologues that flesh out some details left hanging in the previous picture – specifically, how Michael was captured and institutionalized in 1978, and the related guilt one of the cops who arrested him has been carrying ever since – Green catches up with the Strode women – vengeful Laurie (Curtis), traumatized Karen (Greer) and near-catatonic Allyson (Matichak), who’ve just trapped Michael in Laurie’s fortified death trap of a house, and set the whole thing on fire. It didn’t take, of course, and Michael quickly resumes his killing spree while Laurie and her family are rushed to Haddonfield General for medical attention.

You may recall that the original Halloween II found Michael coming after Laurie in the same location; this is not that movie, though Green and his collaborators are more than happy to nod in the franchise’s now-eradicated history when they think they can get a laugh out of it. The Silver Shamrock masks from Halloween III: Season Of The Witch turn up too, bending the universe of the franchise even further to delight the fans who have their own replicas at home. It’s a form of fetishism, though I suppose you can say that about any sequel.

But Halloween Kills keeps reaching back to the past, folding in a handful of other survivors of Michael’s 1978 rampage – chief among them Tommy Doyle, the little boy Laurie was babysitting. He’s played as an adult by Anthony Michael Hall, who gives him an undercurrent of dull, righteous rage; the guy might as well have “NEVER 4GET” tattooed on his knuckles with a little pumpkin on the left pinky. But when Tommy hears the boogeyman has returned to Haddonfield, he quickly rounds up the entire town to hunt Michael down. These are the same townsfolk we’ve just told can barely remember Michael Meyers, but whatever; Halloween Kills is about the futility of vigilante justice now! (If you’re keeping track, it’s also about Grief and Trauma, and possibly the importance of not popping one’s staples after abdominal surgery.)

So as Laurie recovers, Karen tries to talk sense to the mob and Allyson joins the hunt, Michael wanders around town blissfully unbothered, murdering people wherever he finds them. Splitting the focus unmoors the movie, shattering the tonal spell Green cast in the previous film – which, it’s now clear, was borrowed entirely from Carpenter’s original.

Halloween 1978 is a perfect, self-contained story; Halloween 2018 made an excellent case for returning to that story four decades later to see what everyone had become, and ended as soon as it found its answer. Halloween Kills is just here to push the corpse around in the hopes of grossing people out. Maybe that’s all you want from this franchise; if it is, you’re welcome to it. Me, I’m thinking Jamie Lee Curtis and Judy Greer deserve a lot better.