Everything might be stuck in neutral this year, but these artists (and institutions) have accomplished remarkable things in spite of the pandemic 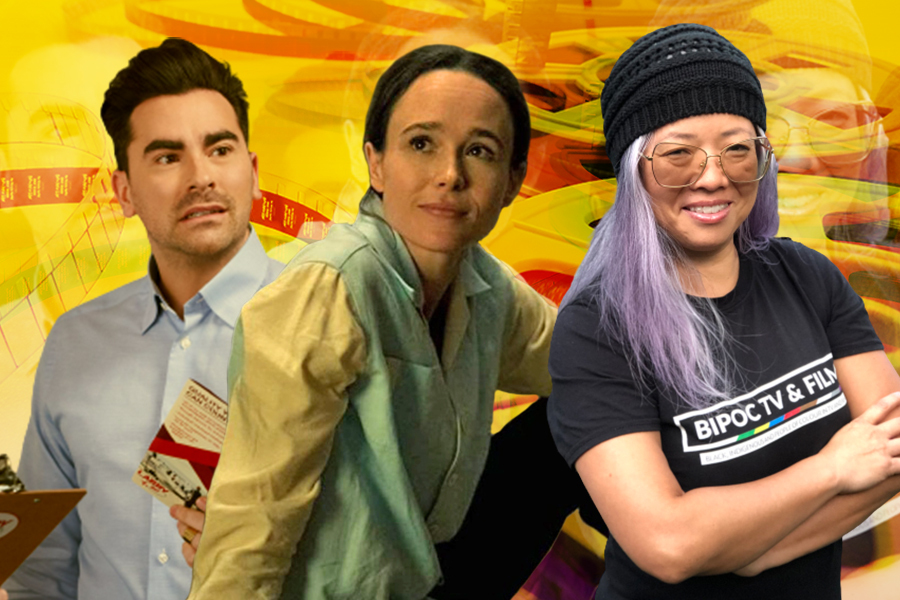 So this was kind of a weird year, huh. The pandemic changed almost everything about the way we interact with one another, both professionally and personally, even as entertainment and culture became literal lifesavers to all of us stuck inside with ourselves.

In the midst of all this uncertainty and instability, the people on this list managed to do some incredible things – and set some other stuff in motion that’ll reverberate through 2021 and beyond. These are Toronto’s film heroes of 2020.

Last month, the prolific Toronto writer/director – whose latest picture, the eccentric thriller Things I Do For Money, landed on VOD earlier this year – was elected the national president of the Directors Guild Of Canada, with Tracey Deer acclaimed as the organization’s vice-president. At a point in time when Canadian talent is being absorbed ever more quickly into the generic monolith of American television, Sonoda pledged to steer the DGC in a more conscious direction, with an eye on “uniting our country through storytelling while celebrating our specificity of voice.”

Younglai has spent a decade in Canadian television and is currently a writer and producer on CBC’s Coroner. She’s also working to make it smarter and more inclusive, founding BIPOC TV & Film in 2012. Younglai has become a valued voice on the topic. Even before this spring’s Black Lives Matter protests pushed issues of systemic racism to the forefront of every industry, the Academy of Canadian Cinema and Television named her the recipient of this year’s humanitarian award for her activism.

A producer of both live theatre and television, Kaine is also a founder and director of the Independent Media Producers Association of Cinematic Talen. IMPACT launched the Producer Pledge at TIFF this year, calling on Canada’s largest public funders, broadcasters and companies to “commit to immediate and substantive action toward racial equity in Canadian Film & TV.” IMPACT is also calling for emerging BIPOC writers, producers and directors to receive equal pay for their work, rather than the unpaid mentorships that have frequently been the only way to get that first crack at a job.

The Schitt’s Creek co-creator and co-star has had a pretty good year: wrapping up the show after six seasons; shooting a moving pandemic monologue in the HBO COVID project Coastal Elites; watching in awe from Casa Loma as Schitt’s Creek pulverized the Emmys; and playing Kristen Stewart’s BFF in the buzzy Christmas movie Happiest Season. But he’s also positioned himself as an ally in other realms, signing up for a 13-week course in Indigenous studies at the University of Alberta and encouraging fans to join him. After the course, Levy urged fans to donate to the university’s Native Studies faculty and matched their contributions up to $25,000. It’ll be interesting to see how the experience influences his work going forward.

It was the first film festival to pivot to streaming when the pandemic shuttered Toronto’s movie theatres – though it took an extra month to get everything together. Hot Docs quickly repositioned itself as a virtual cinema, with a $5 monthly membership granting access to hours of free docs, talks and curated screenings, along with discounted prices on new releases and the Curious Minds speaker series. Taking a break from our bleak reality by learning about someone else’s life is a pretty good escape this year.

Streaming services kept a lot of people distracted this year, but physical media was just as important to some. And if you want to rent a Blu-ray or DVD in Toronto, Bay Street Video was pretty much your go-to even before the pandemic. So it was heartening to see the shop take reservations by phone and email, with scheduled curbside pickups and an outside dropbox for returns. Their Twitter account is still spitting out helpful viewing recommendations, goofy Top Ten lists and photos of boxed sets and rarities just itching to live on your shelves. It’s good to remember what having a neighbourhood video store feels like. It’s a balm.

If you haven’t caught up to Lorette and Rosen’s New Eden, which premiered on Crave on New Year’s Day, you’ve missed a treat. The veteran comic performers – whose Network Notes improv show delighted Toronto audiences for years – created a perfect replication of a true-crime series, reconstructing a late-70s feminist utopia in rural British Columbia and casting themselves as its codependent leaders. Over eight episodes, the show manages to be both psychologically compelling and utterly ridiculous. Hopefully they’ve been using the downtime of 2020 to figure out a second season.

With that Oscar nomination for Juno and the career that followed, Page is the single most visible celebrity to come out as trans since Caitlyn Jenner… and maybe even more so. The eloquence with which he declared himself earlier this month speaks to his lifelong sense of empathy and understanding for other people in the LGBTQ+ community, rather than just for himself. But just watch There’s Something In The Water, the documentary about environmental racism and ecological contamination he made with Ian Daniel last year, and see how he never centres himself in the story, keeping the focus on the people the film is about. He’s always been that person.