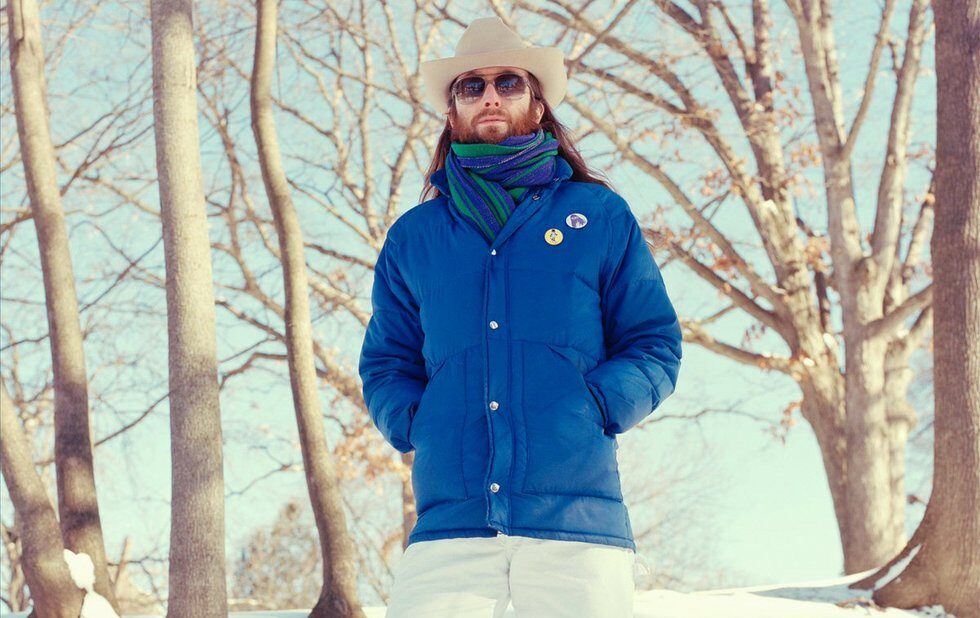 Under-celebrated local legend Doc Dunn let loose countless dispatches in the drone/experimental vein before breaking through and gaining international attention with last year’s Lightbourn, which he followed up quickly with Some Horses Run. Two sepia-toned, song-based albums tipping a hat to roots and country music, they might have seemed like departures, but Doc’s pop acumen and the dusty expanse have long featured in his art, glistening through prisms like his Transcendental Rodeo’s hillbilly ragas, the Cosmic Range’s space cowboy free-psych or his work with U.S. Girls.

Two weeks after its completion, he rode Horses’ momentum back into the studio to record new material. Out on Canada Day (Monday, July 1) via Cosmic Range Records, Upper Canada Blues is another “song” record, with Doc steering a slide guitar into a psychedelic sunset while encountering midtown gentrification, late market capitalism, the increasingly problematized legacy of Upper Canada College.

A summery episode that finds dancer Nyda Kwasowsky connecting with a wooded area along a lake, a Laura-Lynn Petrick-directed video for Ribbons offers an early glimpse. Watch that below. TOM BEEDHAM

When we featured them in our Sound of Toronto Right Now special issue at the beginning of the year, WLMRT were ready to go in the studio, but wouldn’t say much about the record. Now we know it’s their debut full-length album after their trio of EPs, and it’s a huge step forward.

Removing some of the demo-y sludge of their early tapes, the band show off their signature mix of riffs and speed, bright keys, ear-friendly hooks and signature sarcastic humour in a way you can now fully hear. Listen for songs about DIY punks supported by their parents, Record Store Day vinyl, investing and reluctantly getting your shit together. A throwback to the days when being a hardcore band didn’t mean taking yourself deadly seriously.

Here’s an old gem for Canada Day weekend. In 2015, Maylee Todd played the Great Heart festival in Trinity Bellwoods, unveiling the song Poetry Of Intuition in a gorgeous harp-and-choir arrangement that complemented the song’s soulfully weary and bittersweet end-of-relationship lyrics perfectly. The song later appeared very differently on her 2017 album Acts Of Love. You can find that version on the playlist below.

Maylee Todd plays the PS Music Fest on Sunday, July 14 at 7 pm. The festival is part of the Fringe Festival’s free Postscript Patio at Scadding Court’s hockey rink and Dundas and Bathurst, and is the sponsor of this month’s #NOWplaying playlist. Others playing the festival include No Joy, Moscow Apartment, New Chance, SATE, Korea Town Acid, Witch Prophet and more. Find the full day-by-day lineup here.