NOW MagazineMusicFeaturesToronto concerts in fall 2019: our 15 most anticipated

Toronto concerts in fall 2019: our 15 most anticipated

From masked country crooners to gigantic raves, psych-rock to brass band poetry, here's what we're most looking forward to this season 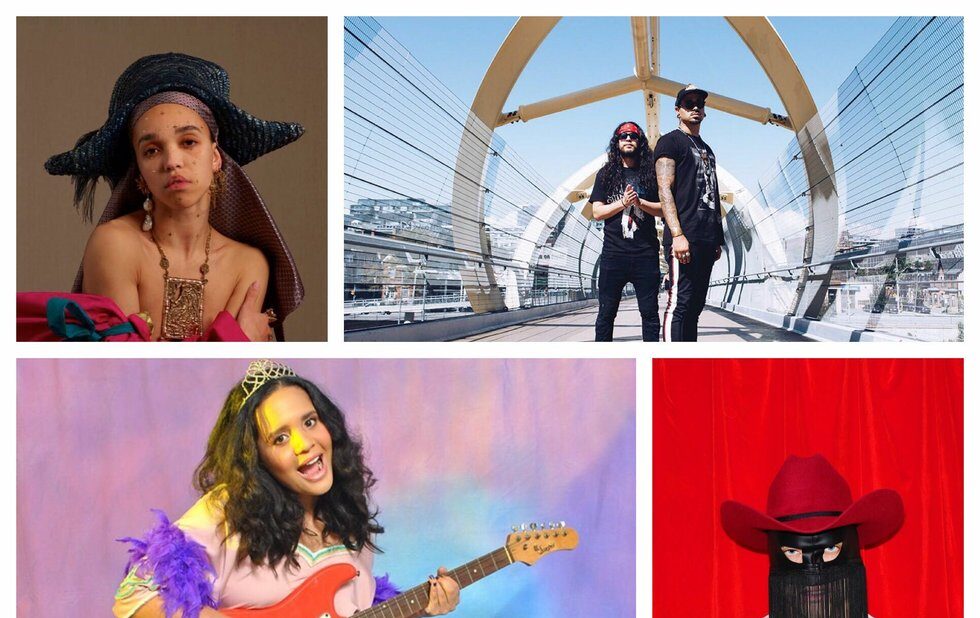 After making an emotional and bittersweet return to Toronto with Radiohead last year at Scotiabank Arena, Yorke is back with his latest solo album, Anima. He’ll be bringing that (literally) dreamy work to life with his Tomorrow’s Modern Boxes band of Tarik Berri and longtime producer/right-hand man Nigel Godrich.

Though his Case Study 01 went in more experimental directions than his breakout album Freudian, the Toronto singer/songwriter is continuing his ascent with his biggest hometown concerts to date. Caesar’s classically minded approach to R&B and soul often leans toward acoustic intimacy, so this tour will be a chance to see how his live show adjusts his strengths as a vocalist to work in a massive venue.

The droney art-rockers are back on the road after a decade-long absence – their last local gig was 2008 – to promote seven remastered and reissued albums and grab that cash, according to singer Laetitia Sadier. Whether they’re doing it for money or for love, it’s hard to imagine their singular pop sounding subpar onstage. No surprise this show sold out instantly.

A year after winning the Polaris Prize for his album Wolastoqiyik Lintuwakonawa, the singer/songwriter continues to blow people away with his live show – his operatic tenor vocals and virtuosic neoclassical piano playing are almost hard to believe in person. (Watch his showstopping NPR Tiny Desk Concert for a taste). Those songs are rearrangements of songs from the Wolastoq First Nation where Dutcher grew up, a combination of 1900s wax cylinder field recordings from his community and his own distinct artistry. This show, maybe his biggest headlining show in Toronto (where he currently lives), will feature an extended five-piece band.

The Los Angeles-based British pop singer/songwriter’s discography is packed with seriously good singles but her album/mixtape track record has been spottier – until her new album, Charli. Charli brings her knack for catchy, party-starting pop, love of electronic excess and penchant for collaborating with similarly adventurous women and queer pop acts together on her best collection yet. We’re expecting a super-fun crowd for this gig.

Night Owl Festival exists somewhere on the nexus of garage rock and psychedelia, which makes Oh Sees pretty much the perfect band to play it. The prolific, name-shifting California band led by John Dwyer is sneakily one of the best live bands going – their shows are a masterclass in long, heavy grooves, stage-diving and dance moves that look like they’re pulled straight from 60s Kinks concerts. Don’t miss the other shows either, which include No Joy, of Montreal and local mind-melters like Ice Cream, Doomsquad, Mimico, Zones, Bart and more.

Adrianne Lenker’s folk-rock band have been on a serious hot streak They’re preparing for the release of Two Hands, their second album of the year, while the first one, U.F.O.F., was already a huge step forward. Expect evocative lyrics, intimate atmosphere propelled by driving rhythms and a ton of fresh material for an A+ set list.

It’s hard to believe it was just the beginning of the year that this masked country singer played the tiny Monarch Tavern. The Toronto-based artist has since signed to Sub Pop, released his debut album, Pony, and he’s been getting booked for bigger and bigger festivals and bigger and bigger media appearances. A lot of that is due to his live show – some combination of ominous David Lynch atmosphere, post-punk attitude and a voice that sounds like Roy Orbison channelling Morrissey (one it’s okay to like). If you miss this gig, he’ll be back at the bigger Danforth Music Hall on December 5.

The Toronto singer/songwriter’s upcoming album Miss Colombia has been hotly anticipated since her Polaris Prize-winning 2016 album La Papessa, and this year’s X Avant festival will be the first chance to hear the songs. She’ll be performing them the way they were initially written – in a unique configuration of eight horns and six voices. She has fleshed out the arrangements for the official album, which will come out in 2020, so this will be one of the few times you can hear it this way. The Music Gallery’s new music festival (the last for artistic director David Dacks) will also feature a new collaboration between New Chance and Willi Williams and more.

Red Bull Music Festival does a good job of booking shows that are about the city they’re set in. They’ve given local artists MorMor and Jessie Reyez both special one-off shows, which could both easily be on this list. But we’re most excited by this gigantic party spotlighting and uniting the city’s electronic music scenes, which are simultaneously stronger than ever and endangered thanks to gentrification, safety issues and vanishing venues. In an all-night, multi-room celebration at the Symes, an Art Deco-style incinerator, this show gathers some of the most important space-makers, including Ciel, Chippy Nonstop, Bambii and Karim Olen Ash, along with Ceremonies, City Dance Corporation, efemmera, Equiknoxx, Joel Eel, Kehdo, Korea Town Acid, Machine Woman, Madam X and Raf Reza.

Canadian indie-pop heroes Tegan & Sara are taking a time machine back to their teen years. They’ve written the memoir High School, which takes the twin sister singer/songwriters back to 1990s Calgary, the rave scene and the exploration of their queer identities. They also have a new album, Hey, I’m Just Like You – also the name of their tour – which is made up of newly recorded versions of their early teen songs, which the Quin sisters rediscovered on never-released tapes while writing the book. This show will feature songs from that album, readings from the book and even archive video footage from their teen years.

The British pop musician, last seen onstage in Toronto opening for M83, has survived the internet hype machine and put out a summery and solid second album. Forevher is a warm and heady record about queer love that’s full of gorgeous melodies and gentle funk rhythms – it’s hard not to put on repeat.

The biggest rock show of the fall in terms of scope is definitely Tool on November 11 and 12 at Scotiabank Arena – sexual assault allegations don’t seem to have to affected the success of their comeback album, Fear Inoculum, which has edged out both Taylor Swift and Lana Del Rey at the top of the charts. But we’ll give the edge here to another rock band on a comeback tour: Sleater-Kinney. Despite the departure of drummer Janet Weiss, the veteran band are must-sees every time they come through town. And their new album is a stunner.

The British singer/songwriter and dancer with an affection for theatrical, Kate Bushian world-building and intricate electronic beats returns to Toronto after five years in support of her Magdalene album (which predominately features production work by Nicolas Jaar). If she brings along the shoes and the pole from her Cellophane video, this will easily be the most acrobatic pop concert of the year.

Two of Canada’s most exciting hip-hop groups are teaming up for a co-headlining tour that will come to the Opera House. Haisla Nation duo Snotty Nose Rez Kids were just shortlisted for the Polaris Prize for the second straight year with their album Trapline, an ode to classic hip-hop through a 21st century Indigenous lens. Local trio the Sorority, meanwhile, are disrupting the male-dominated Canadian hip-hop narrative: group member Haviah Mighty just made history by winning the Polaris Prize.