In order to practise social distancing during the COVID-19 outbreak, inspectors will now observe and "educate" riders instead of checking proof of payment 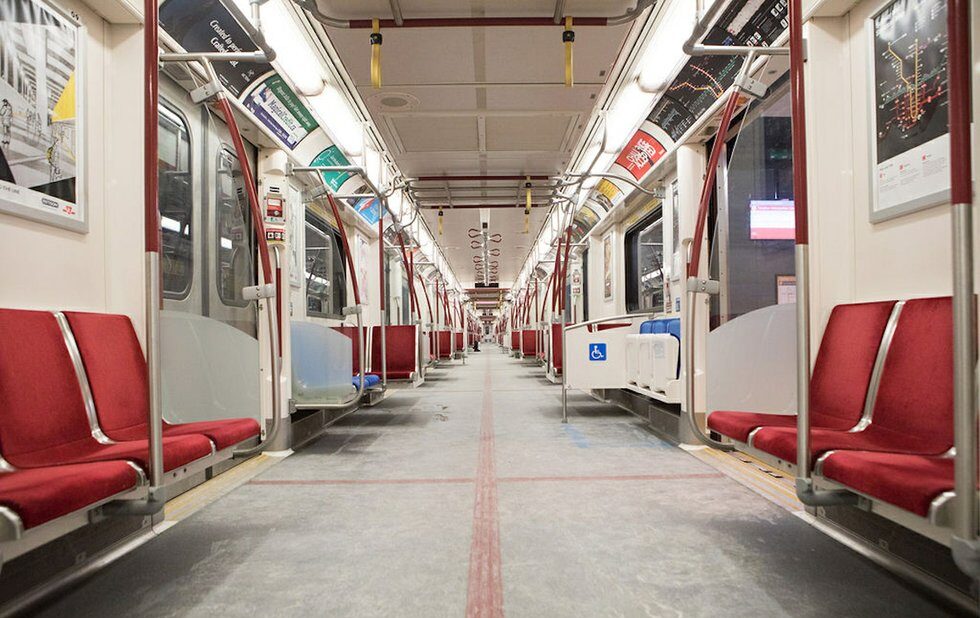 TTC fare inspectors are continuing on the job but will not be issuing fines in order to maintain social distancing procedures to prevent COVID-19 spread.

Instead, the public transit inspectors will be posted near card readers to observe customers tapping their proof of payment and will remove themselves from vehicles once there are 50 or more riders.

“TTC fare inspectors will continue their important work, focusing on education and customer service while respecting the importance of social distancing,” TTC spokesperson Stuart Green said in an email to NOW.

“For the time being there will be no manual period of payment checks or hand held taps,” he added. “Fare inspectors will be positioned near card readers to observe customers tapping for proof of payment. Where there is no tap, they will assess and educate about proper fare payment.

Riders may also see the inspectors randomly posted at busy intersections in observational and educational capacities.

“As most people can appreciate, these are extraordinary times,” added Green. “We continue to offer regular service and the expectation is that customers pay for that service.”

The fare inspectors’ new role was first reported by the National Post’s Richard Warnica, who questioned whether checking proof-of-payment was in line with public health official’s social distancing directive.

On Tuesday, premier Doug Ford declared a state of emergency in Ontario, prohibiting organized public events of over 50 people until March 31. Indoor recreational programs, public libraries, licensed childcare centres, bars and restaurants – with the exception those that offer takeout/delivery – theatres, cinemas and concert venues were forced to close.

Warnica says he spent 22 hours in a back-and-forth with Green trying to figure out what role fare inspectors could serve at this time. The TTC ultimately settled on shifting the inspectors to a customer service role.

The role of fare inspectors has become contentious in recent months. The TTC has upped enforcement in order to make up for a $70-million loss in revenue, but reports of rider-inspector altercations and broken Presto card machines have led to a public backlash.