Toronto restaurants we can’t wait to eat at in 2020

New spots from Anthony Rose and Basilio Pesce, west-end deep dish, a Paris Paris spinoff in Parkdale, and much more 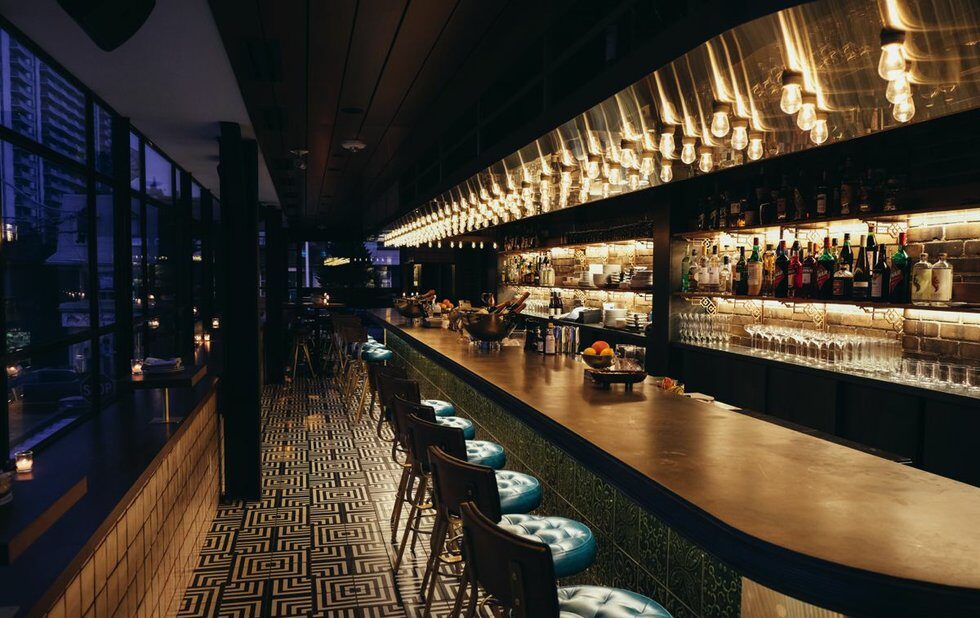 While cinephiles were drooling over the revitalization of the long-dormant art deco Paradise Theatre, foodies were zeroing in on the building’s incoming restaurant and bar, set to feature some of the biggest names in Toronto dining. On the heels of the theatre’s debut in early December, the curtain is now set to rise on Bar Biltmore and Osteria Rialto. Porzia’s Basilio Pesce heads up the team as exec chef, with Bar Raval’s Ryan Baddeley, Blackbird’s Jill Barber and Little Bones’ Robin Goodfellow rounding out the kitchen, pastry station and bar, respectively. Rialto is a Southern Italian-inspired spot merging deco accents with rough-hewn wood, plus a private dining cellar and an incoming patio upstairs, Biltmore pours sours, spritzes and negronis in a brass-accented setting.

Trevor Lui has departed his Carlton St. kitchen Kanpai for a rotating pop-up slate at Stackt Market, while Hemant Bhagwani is expanding his holdings dramatically throughout the GTA with new arrivals Goa and Good Karma. Somehow, two of the busiest dudes in the Toronto food scene have managed to team up for a Burmese-oriented restaurant that aims to showcase Myanmar’s specialties while also highlighting the cuisine’s Chinese and Indian influences. The spot will soon be open and serving classics like satay, rendang and nasi goreng alongside some striking-looking cocktails.

Back in 2016, we praised Paul Kim’s upscale Korean eatery Doma, where the freshman chef beautifully merged French techniques with Korean flavours. A couple years on, Kim’s flipped the script into something a little more laid-back. His new concept in the same space, Boonsik, is a street-food-oriented spot (the name translates to “food made from flour”) that hones in on classic snacks like mandoo, rice-and-flour-battered corn dogs, flavourful cup noodle soup and his own house tteokbokki. Grab a few convenience-store snacks on the way out.

On Queen West, just west of Spadina, the signs have been up for well over a year: “Yeon – coming soon.” What was Yeon? And would it truly ever come? It appears that day is finally here, and that Yeon is a fine-dining Korean eatery inspired by the historic small town of Jeonju. Details are scarce so far, but expect set menus, artful plating and a sleek, soothing environment. 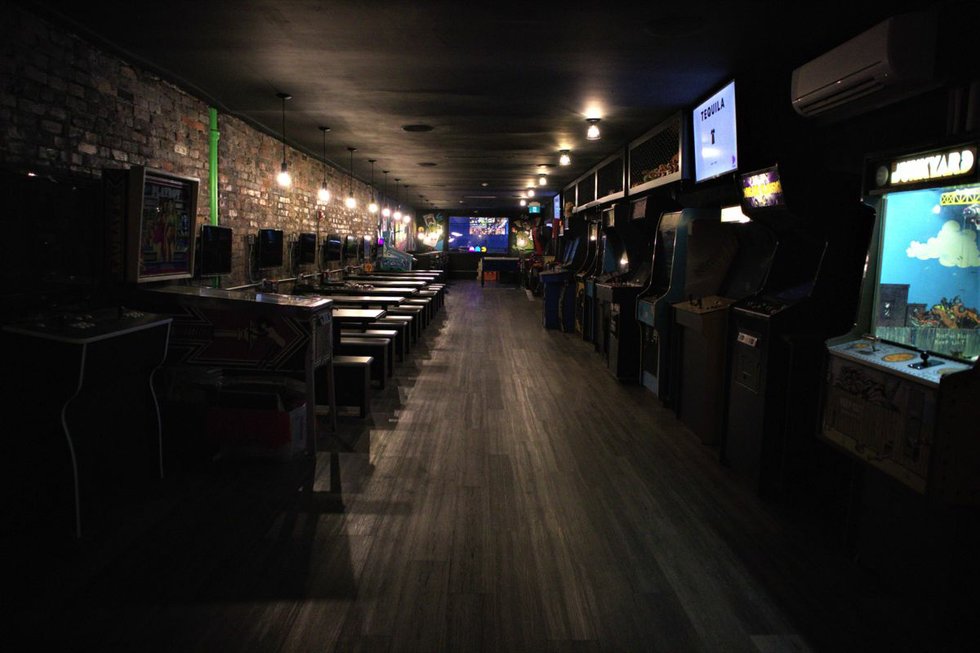 Full disclosure: I spent much of my wayward youth seeing shows, drinking ill-advised Jamie shots and spilling beer on the carpet in the sticky, red-walled gloom of Rancho Relaxo. Imagine my shock, intrigue and uncanny-valley revulsion at seeing the place scrubbed and sandblasted into a pristine, two-floor arcade complete with craft beer taps and cabinet machines. But time’s arrow marches forward, and Freeplay Arcade is now open, with 80s nostalgia-baiting murals, classics like Goldeneye and Pac-Man, and new games like Cuphead (in case playing that old-timey bullet hell nightmare at home with a controller wasn’t tough enough).

It was a year of reinvention for Anthony Rose and Rob Wilder, who closed three (three!) of their restaurants in the final months of 2019: Schmaltz Appetizing Ossington, Big Crow and (most shockingly) Rose & Sons, the spot that started it all. Schmaltz has been repurposed into a taco joint, Gordy Smiles, while the new concept at Big Crow has not yet come home to roost. But the revamped Rose & Sons seems, suitably, to still be the king of the strip (see what I did there) with indulgent, hearty dishes that are decidedly more refined and Mediterranean than the diner-y delights at Rose: Think bomba-bagna cauda pizza topped with a giant orb of burrata, parm truffle fries, and slabs of steak. (There’s still a banquet burger, though. You can take the boys out of the diner – although technically, they never really left.)

Remember when Jonathan Poon opened a second location of Superpoint Pizza in Parkdale, and then it was open for a while, and then it closed, but it was maybe turning into something else? Looks like the new tenant is a wine-oriented establishment from Poon’s compadres at Dundas West’s runaway hit Paris Paris, featuring burgers from their also-brand-spanking-new neighbour, a Parkdale location of Extra Burger. In closing: Nice nice wiiiine / stay close to meeee.

On the heels of pop-ups at Bar Isabel and Sam James Coffee Bar, this bagel outfit is finally rolling out a space of its own in the Oakwood Village to sling its “hand-rolled, malt-boiled” creations full-time. On top of housemade seafood-topping options (beet-citrus gravlax, Creole-style smoked trout and hot smoked sable salad), you’ll be able to nosh on latkes, knishes, matzo ball soup and more. 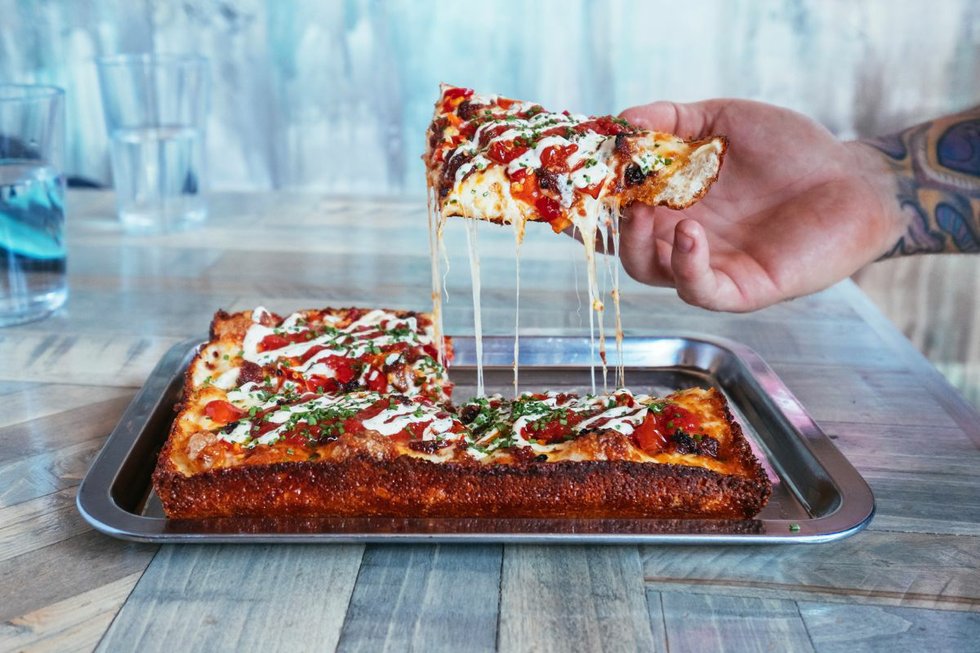 Descendant is bringing its deep dish pizzas to the west end this year.

East-enders have been able to hog Descendants’ bonkers Detroit-style deep-dish pies for themselves until now, but the monopoly ends with the pizza joint’s pending expansion into Dundas West soon, they’ll be taking over the space currently occupied by Holy Noir Tattoo.

After opening Parallel, Toronto’s temple to tahini, Tomer Markovitz is striking out on his own with Dalpak (a name that translates to “a counter that serves the craftsman’s needs”). The intimate 40-seat spot will bridge the gap between North African and Middle Eastern cuisine.

Rob Rossi and David Minicucci shut down L’Unità in December, but teased big plans for the space. Looks like their next project is a sister spot to Giulietta, set to open in May.