Opinion: Queer and trans activists call on Pride board and executive director to step down

Dionne Brand, Angela Robertson, Robyn Maynard and Beverly Bain are among queer community activists who have signed an open letter ahead of Pride's AGM today over its decision to allow police back into the parade 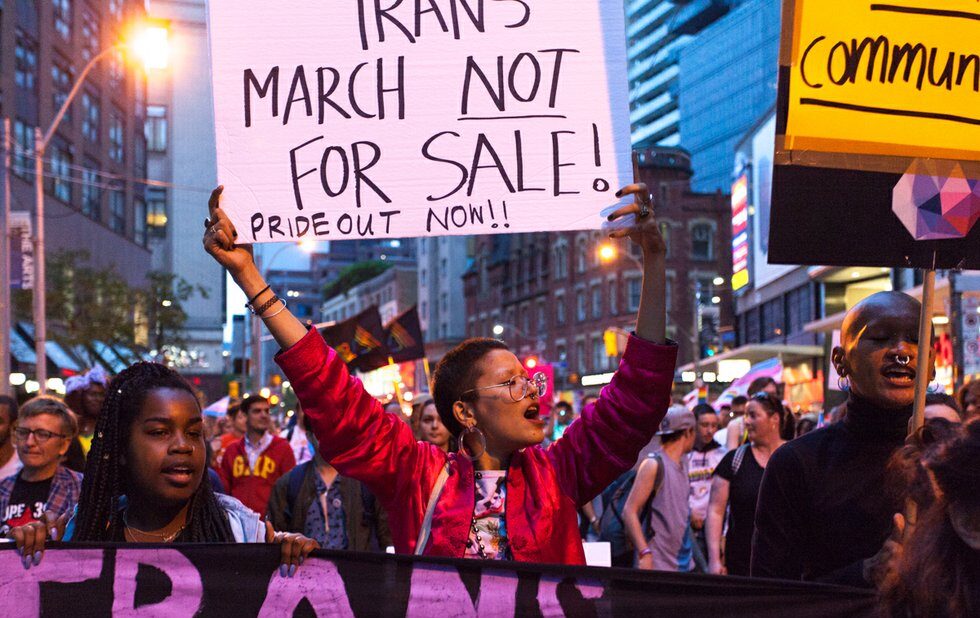 Her refusal to engage openly with BIPOC queer and trans, and those in the queer community who oppose her insistence that police be invited back to march in uniform in the Pride parade, as well as her decision to exclude Pride members and media and the public from Pride’s annual general meeting today, are all examples of why she has no business running Pride.

Her portrayal of Black and queer history and claims that Black Lives Matter – Toronto (BLM – TO) is “a movement within a movement,” fails to acknowledge that queer and trans liberation have been central to Black Lives Matter since the group’s inception. Her suggestion that we must separate our Blackness from our queerness strikes against decades of BIPOC trans and queer people articulating otherwise. We are irrefutably BIPOC and queer and trans simultaneously, and we always have been.

Nuamah wants people to believe that Black and BIPOC queer and trans struggles were collaborative negotiations that took place between state institutions and our communities. Nothing could be further from the truth. We can only interpret this misleading impression as an attempt to justify Pride Toronto’s refusal to acknowledge the will of its members who oppose police participation in Pride.

Nuamah is attempting to rewrite the history of BIPOC trans and queer people to fit a neoliberal, white, homo-normative agenda that harms BIPOC trans and queer communities. Nuamah does not speak for us. She is clearly more content to attend to the political goals of Toronto police chief Mark Saunders and Mayor John Tory than stand with members of queer and trans communities.

Numerous Black Canadian scholars have documented the existence of Black lives in Canada since the 1600s. From that time onwards, Black struggles for freedom and liberation have taken multiple forms of refusals to state violence and other forms of oppression. Our movements and struggles have never been about having conversations with people who refuse to acknowledge they are harming us. They have been about strategizing to end the violence imposed on Black lives. Indeed, Harriett Tubman did not negotiate with slave masters and plantation owners. She struggled in defiance of those who refused our humanity.

It appears that Nuamah is invested in a version of Black queer history that requires minimizing the decades of ongoing police and state violence, the refusal on the part of police to take seriously the murder of transwomen in the city, and recent history of Pride Toronto and its many attempts to erase Blackness from Pride along with the contributions of queer and trans Indigenous folks and people of colour.

All of Nuamah’s recent public rhetoric is part of a larger subterfuge that involves the City of Toronto, Toronto police and supported by the Canadian government’s Department of Public Safety, which has pledged $450,000 to Pride Toronto to undertake Canada-wide consultative research across the country on policing of marginalized communities.

Public Safety Canada currently has as its mandate policing and the correctional system, a system that targets Black people, Indigenous people, people of colour, queer people, (dis)abled people and migrants for incarceration and criminalization.

Pride is ignoring the will of its members who are most at risk of police violence. Neither Public Safety Canada nor Pride have any business carrying out this work, which will produce yet another report for police departments to ignore. Nuamah and her board should step down.

Rinaldo Walcott, Director of the Women and Gender Studies Institute, University of Toronto