The worst Toronto food stories of 2019 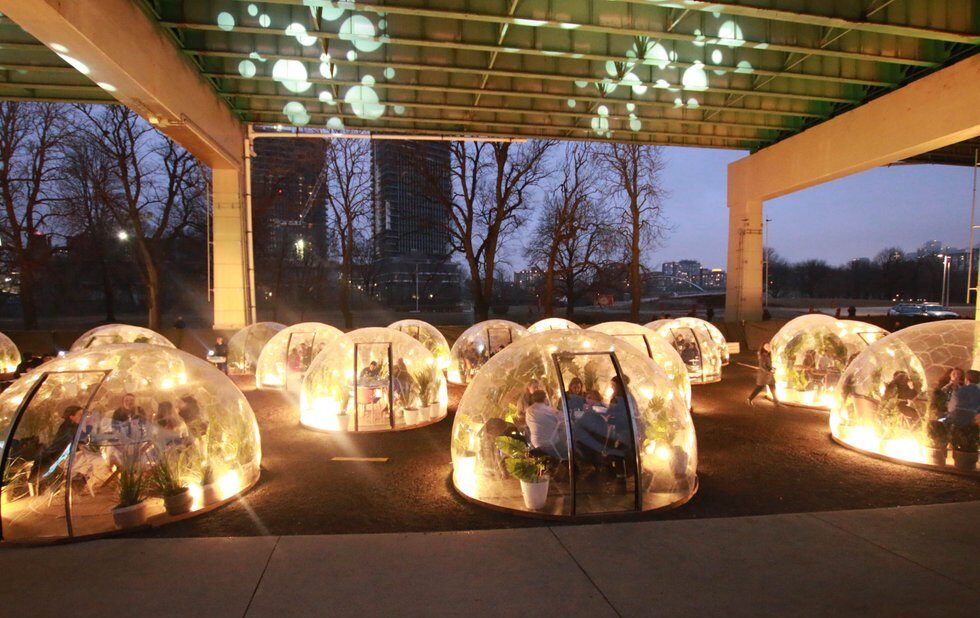 Dinner With A (short-sighted) View

With a wave of immersive pop-ups and art events prioritizing style over substance, it’s no surprise that a social-bait backlash was brewing – but it was a food event that might have finally burst that bubble in Toronto.

Dinner With A View, a touring pop-up series sponsored by American Express, arrived underneath the Gardiner (which ain’t much of a view, but I digress) earlier this year. The event set up dozens of temporary geodesic domes along the Bentway, charging diners roughly $130 a pop (not including taxes, tip, processing fee, or, uh, drinking water) for an underwhelming-sounding meal.

But the least thrilled of all were anti-poverty organizers OCAP, who noted that a number of long-standing homeless camps had been forced out from elsewhere beneath the Gardiner by the city, just a few weeks before the event was scheduled to take place. While OCAP conceded that the dining event didn’t directly cause the camps to be displaced, activists said they felt the juxtaposition was emblematic of the city’s skewed priorities in the face of a skyrocketing homelessness crisis. A subsequent protest, Dinner With A View Of The Rich, brought roughly 300 protesters, along with appearances from activists like Zoe Dodd.

Much has been made of the restaurant industry’s high failure rate, both in Toronto and elsewhere. As if the deck wasn’t already stacked against restaurateurs in the city’s crowded food scene, they’ve got an increasingly brutal real estate crisis – one affecting everybody from residential tenants to music venues and DIY scenes – to contend with, too.

The city’s brutal real estate market claimed a number of eateries this year. In one particularly painful case, Kensington vegan joint Cosmic Treats shut down in August due to a triple rent increase – a story that hit a particular nerve, given Kensington’s long history of resistance against the encroaching tides of gentrification.

And though Queen West is no stranger to high rents and tenant turnover, with the neighbourhood becoming home to an increasing number of mall brands, it still stung to hear that Tequila Bookworm would be closing its doors for good after a storied 28-year run. (Word on the street is that its proprietors will be moving on to various new bar projects.) 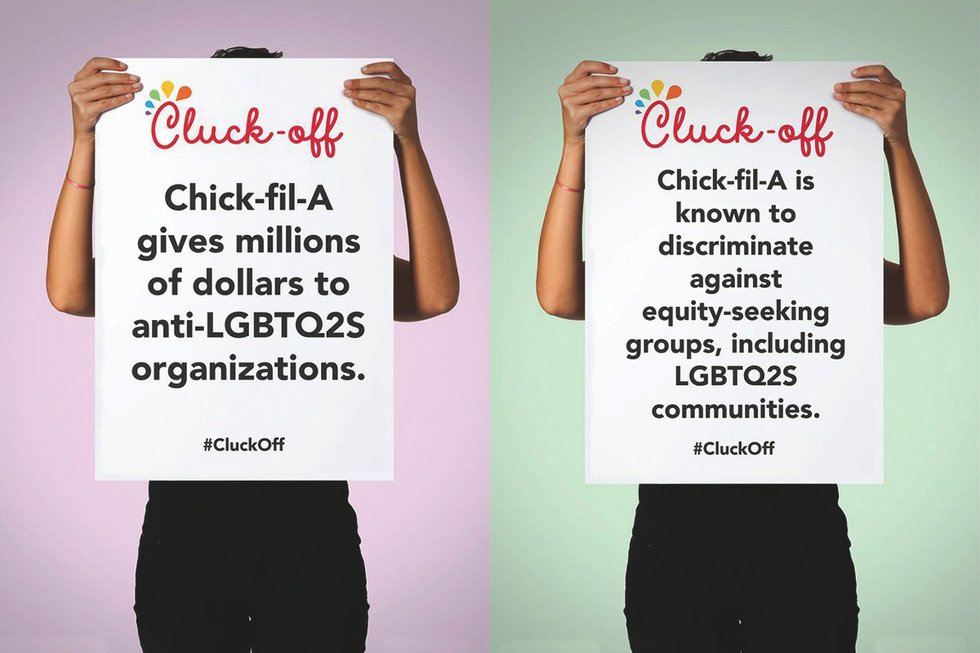 Chick-Fil-A moves to the gaybourhoood

Toronto has become a proving ground for a number of international brands looking to enter the Canadian market, but one of the city’s newest arrivals came with a little more baggage than Uncle Tetsu or Five Guys. This June, Chick-Fil-A, a company known for its long history of donations to anti-gay causes, opened their first Toronto location at Yonge and Bloor (just a hop, skip and jump away from Church Street, the historic home of queer life in Toronto).

The restaurant’s opening in September drew a sizeable protest at Yonge and Bloor that was backed by The 519 (and included a truly iconic moment in which RuPaul’s face was divinely revealed to drag queen Mikiki inside a Chick-Fil-A sandwich). Despite this, the company is planning to expand further within the GTA, and lines continue to spring up anew outside the original location.

It’s worth noting that the company announced last month they would end donations to anti-LGBTQ organizations, specifically singling out Salvation Army and Fellowship of Christian Athletes. But Chick-Fil-A made similar promises in 2014, only for watchdogs to unearth millions more in donations after that – so we’ll believe it when (and if) we see it. 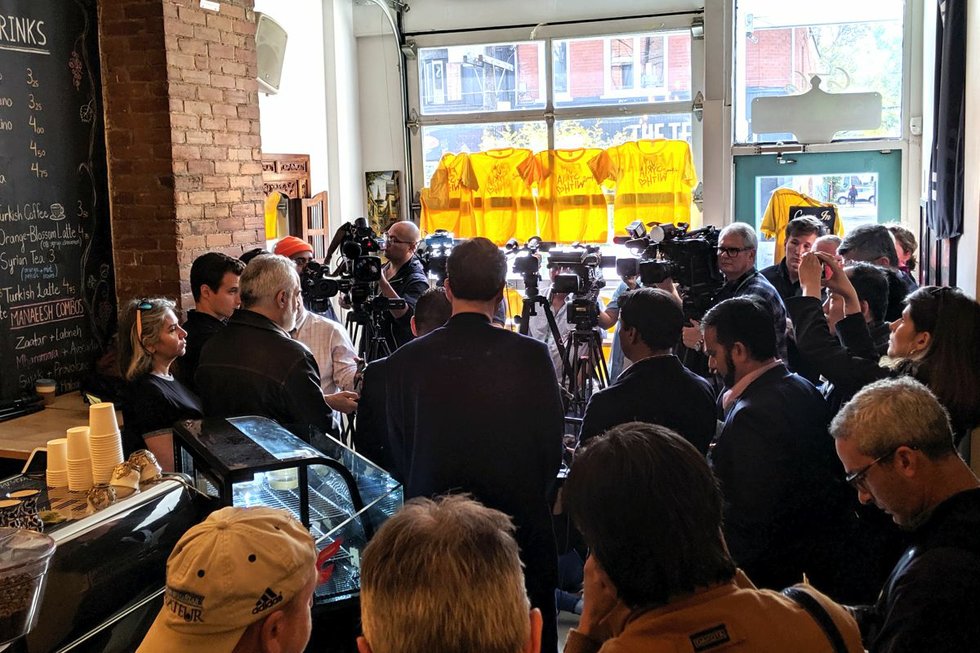 Soufi’s bullied out of business

American-flag-avatar Twitter had a field day this fall when one of the co-owners of Syrian cafe Soufi’s was seen at an antifa protest outside a Maxime Bernier event in Hamilton, spotted standing beside a group of protestors who stood in front of an elderly woman who was trying to enter the event.

The Al-Soufi family apologized, but the subsequent doxing and harassment still forced them to close the restaurant. But luckily, this story has a happy ending: With a little bit of staffing support from Paramount Fine Foods CEO (and Toronto hospitality industry good-guy) Mohamad Fakih, the Al-Soufis were able to keep the restaurant open while still taking some time out of the spotlight. Today, you can still get fresh mana’eesh on Queen West, and the restaurant is now papered with messages of support from around the world.

After a devastating blaze forced the closure of this beloved Bloordale fixture in 2018 (along with neighbouring businesses Brock Sandwich and Vito’s Barber Shop), the neighbourhood was eager to see the place reopen.

That excitement turned to rage and frustration in August. Days before they were scheduled to reopen, the owners of Dosa Mahal say, their landlord suddenly slapped them with $70,000 in back rent for the time the space was closed.

The situation escalated, and soon the family found themselves locked out of the restaurant with their equipment still inside. Locals rallied around the restaurant in an attempt to raise awareness and legal funds, but the space still remains vacant. Meanwhile, the owners of Dosa Mahal have opened a location at Queen and Roncesvalles, and are still hoping to find a new location somewhere in Bloordale.

Now, for the good news: