NOW MagazineMusicFeaturesNXNE 2019: 10 acts to catch at this year’s festival

From underrated local rappers to a band from Taiwan, here are the acts you can discover at the nine-day event 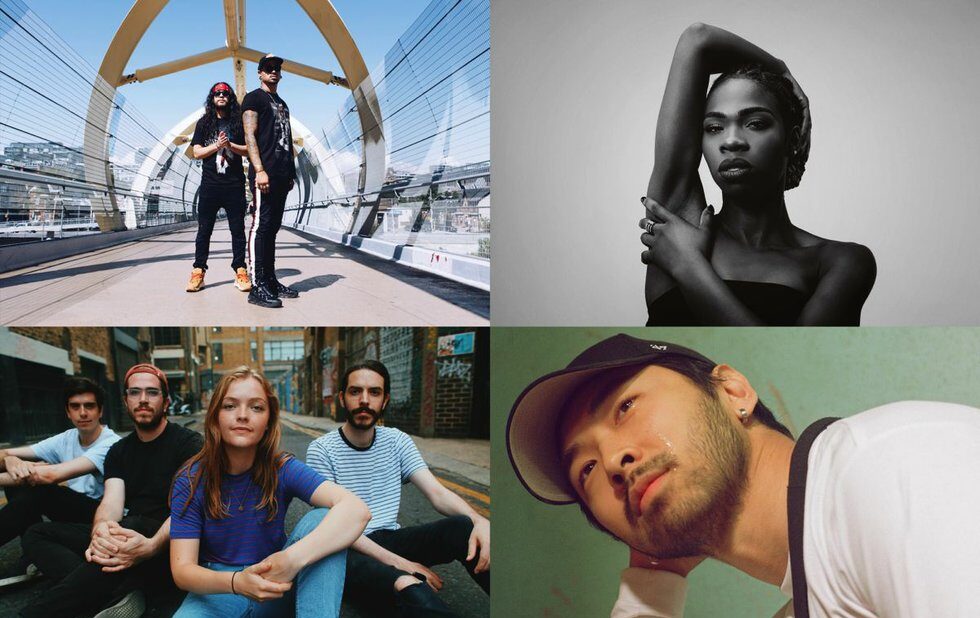 NXNE is back for its 25th anniversary, with a wristband that costs the same as it did in 1994. That will get you into every Club Land show at venues across the city from June 7-16. The Yonge-Dundas Square-centred Festival Village, meanwhile has added a second stage on Queen and expanded its free programming, which runs from June 14-16.

Like last year, we’ve gone through the surprisingly hard-to-piece-together schedule and made our picks for dark horse performances you’ll be sorry you missed. Yes, go see Leikeli47 at Yonge-Dundas Square at 7 pm on Saturday, June 15, but also don’t miss these acts – a Toronto rapper playing multiple shows, an indie band playing at a backyard BBQ for a mental health initiative, R&B at a dry Eid show, an Indigenous rap duo, a post-rock band travelling in from Taiwan and more.

The Brampton rapper’s new album, 13th Floor, is one of the year’s best so far, and she can perform the hell out of the songs live (as she proved last month when she played it front to back at the Drake). You’ll have at least three chances to see her do that – at the Royal Mountain BBQ, the Raptors Uprising showcase (more on both of those below) and at Festival Village’s emerging artist stage on Queen Street.

These dreamy and emotional Ontario indie rockers (and recent surprise Juno winners) are a band worth looking out for at Royal Mountain’s free daytime BBQ. The party – which also includes Dusted, Luna Li, Boy Wonder, Haviah Mighty, Jayy Grams and a couple of surprise headliners – is also a fundraiser for the Canadian label’s much-praised mental health fund. Free with RSVP at RSVP@royalmountainrecords.com.

Every year on Eid day – the ceremonial breaking of the fast that ends Ramadan – the hashtag #BlackoutEid goes viral in response to the lack of representation for Black Muslims in media. Faiza will play this alcohol-free showcase called Blackout Eid, put on by the new collective Ahay, of all Black Muslim women artists. Her ear-catching 90s-influenced R&B deserves the spotlight. But don’t miss beat-maker Obuxum, spoken word artist Ifrah Hussein or, really, anyone else on the bill.

It feels like we’re always recommending Sydanie on lists like these, but that’s because you really need to see her live. This time, the Toronto-rapper-you-should-know is playing a showcase put on by Raptors Uprising, the Raptors’ official NBA 2K League. It’s a stacked lineup of bubbling-up local hip-hop and R&B, also including Ohara, LolaBunz, Ceyion and Haviah Mighty.

This music-comedy sort-of-band arose from Rodrigo Fernandez-Stoll’s ongoing night at Comedy Bar, then became an album out on Comedy Records. Now it’ll be a one-off performance featuring what seems like every indie rocker in town: members of Dwayne Gretzky, July Talk, the Elwins, Born Ruffians and others. Expect yacht-rock wannabe hits about relatable subjects like WiFi passwords, taxes and wishing you were Jaromír Jágr.

Montreal label Lisbon Lux has a showcase at the Rivoli with three different flavours of glammy electro-pop. Radiant Baby and Paupière are both worth seeing if you want to camp out, but we’ll give our pick to Charlottetown, PEI’s Russell Louder. Their melancholy-yet-head-boppy songs explore grief, resistance, romance and the power of queer community.

If you haven’t seen this Toronto band in a while, you might be surprised by what they sound like now. No longer all about speed and force, they’ve embraced dynamics, creating something in the realm of psychedelic post-grunge Britpop-punk – a big stew of sounds from the underappreciated late 90s.

This Toronto singer/songwriter has zillions of Spotify streams yet seems to be completely slept on. He makes the kind of understated feel-good R&B pop that just needs the right playlist placement to blow up. Or the right superstar artist to record one of his songs. Catch him at the A.Side showcase with Adria Kain (who was in our Sound of Toronto Right Now special), Junia-T, the Techno Hall of Fame and more.

The Haisla Nation hip-hop duo uses rap to celebrate, shed light and uplift the disenfranchised. They’re also fun as hell. They’ll play songs from their excellent new album, Trapline, which we have a feeling you’ll be seeing on the Polaris Prize long list in a few weeks.

No Party For Cao Dong

NXNE went searching for talent from Taiwan to bring to this year’s festival, and there’s a whole Taiwan Beats showcase on Tuesday (June 11) at the Hideout. That said, this Taipei post-rock band landed their own slot on the Festival Village mainstage at Yonge-Dundas Square. For fans of slow-building crescendos, shifting guitar dynamics and disenchanted political lyrics.