NOW MagazineMovies & TVNews & FeaturesWhat to watch on Crave in May 2019

NOW critics pick the best movies and TV shows coming to the streaming platform, including Shrill, Game Of Thrones' series finale and Deadwood: The Movie 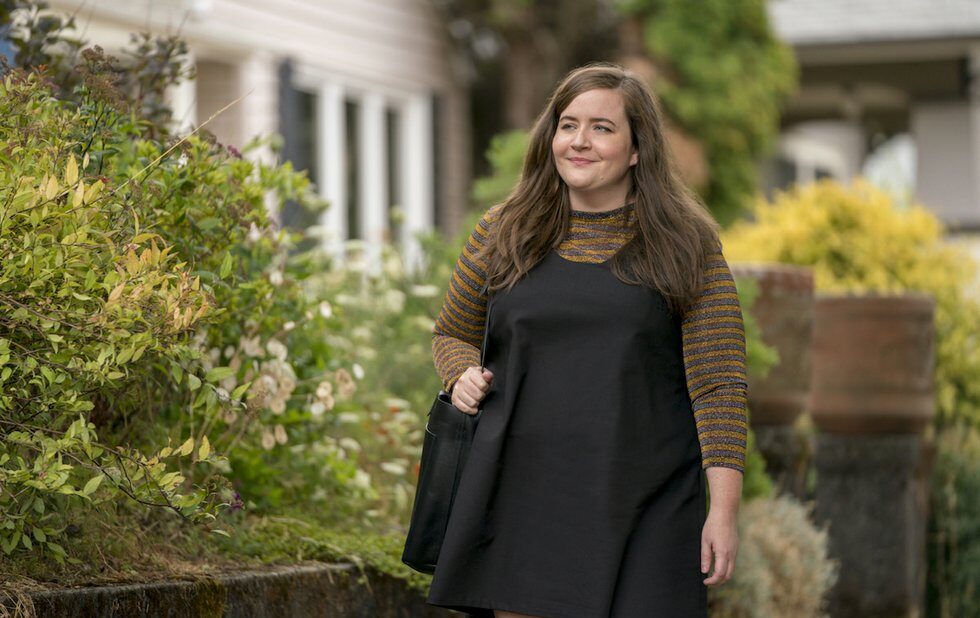 Loosely based on Lindy West’s memoir Shrill: Notes From A Loud Woman, this fat-positive series stars Aidy Bryant as Annie, an alt-weekly journalist who fights against being pigeonholed and mistreated by her boss (John Cameron Mitchell) and mom (Julia Sweeney). Though West’s book chronicled her disagreements over coverage of fat activism with her editor (and sex columnist) Dan Savage, West has said Cameron Mitchell’s character is not inspired by Savage. The show earned good reviews when it premiered in the U.S. on Hulu in March. All six episodes drop on Crave on May 3.

Wu-Tang Clan: Of Mics And Men

From 2004 to 2006, David Milch’s maverick HBO series about day-to-day life in a South Dakota frontier town – and the constant negotiation required to survive the rise of rapacious capitalism and amorality – was a bulwark of complex, challenging storytelling, stellar character work and gleefully profane dialogue… but it ended before Milch could wrap things up as he’d intended. Finally, in a two-hour movie set a decade after the last episode, Milch and director Dan Minahan are putting paid to Deadwood, reuniting almost the entire cast – no small feat, considering this includes Ian McShane, Timothy Olyphant, Molly Parker, Anna Gunn, Paula Malcolmson, John Hawkes, Kim Dickens, Brad Dourif, W. Earl Brown, Geri Jewell and Gerald McRaney – for one last drink at the Jewel. We wouldn’t miss it. May 31

After seven seasons of brutal beheadings, crossbow deaths, Arya’s flesh masks and torrid love affairs, Game of Thrones is coming to an end. The eighth season is already off to an emotional start full of reunions and campfire songs, but the real battles are just beginning. That means it’s time to preemptively mourn all your favourite characters because yes, a good chunk of them are going to die. In just a few weeks we’ll find out who will take the Iron Throne. Will it be the ethically dubious lovers, Dany and Jon Snow? The wicked Cersei, alone with a barrel of wildfire? Or maybe the Night King will destroy humanity and all its memories. Your guess is as good as ours. Following the series finale on May 19, British filmmaker Jeanie Finlay’s two-hour doc about the making of the show, Games Of Thrones: The Last Watch, will air on May 26. Sundays at 9 pm to May 19 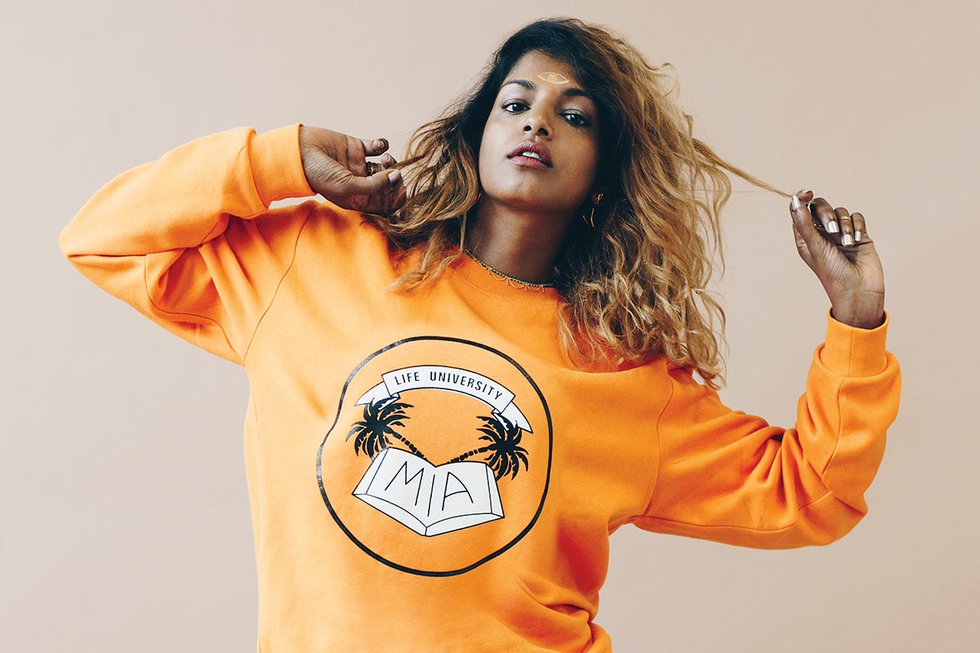 The horrific Easter bombings in Sri Lanka have many worried about reigniting violence in a country that hasn’t known peace for decades. That’s just the latest reason why you should check out this vibrant and intimate doc about Paper Planes and Bad Girls singer M.I.A. Directed by the recording artist’s friend Steve Loveridge, it’s an unvarnished and intimate look at how Maya, born Matangi, filtered Sri Lanka’s war and complex history and her refugee perspective into her identity, music and controversial brand. May 16

Documentary filmmaker Jennifer Fox made the jump to scripted drama with this inventive and searing look at the way we suppress traumatic memories – and how society is happy to help us do so. Laura Dern stars as a middle-aged  woman – based on Fox – who suddenly realizes a relationship she had with an older man as a young teen was, in fact, abusive. HBO debuted the film on TV and streaming last year but it’s now becoming available to non-premium Crave subscribers. Read our interview with Fox here. May 31

Sadaf Foroughi’s debut feature was nominated for the Best Canadian film prize by both the Toronto Film Critics and Canadian Screen Awards in 2017, becoming the latest example of how our films know no borders. Set in Iran, this small and observant coming-of-age tale features a stellar performance by Mahour Jabbari. Her Ava navigates adolescence, neighbourhood gossip and parental hypocrisy, all of which is weighted by strict customs. Comparisons to Asghar Farhadi films like A Separation are obvious (given the setting) but not undeserved. Foroughi’s film is more minute and more insightful in ways that could pass unnoticed. May 30

Before The Devil Knows You’re Dead

A suffocating feel-bad drama about two broke sons who hatch a plan to rob their own parents jewellery store might be too cynical to handle. Someone dies when the robbery is bungled and the rest of the movie will have you squirming right alongside the characters. But the talent here makes every minute gripping and worthwhile. Sydney Lumet’s final film surrounds the late Philip Seymour Hoffman with a high-calibre ensemble that includes Ethan Hawke, Marisa Tomei and Albert Finney. Don’t sleep on it. May 17 (with the Starz add-on)

Fans of one-man films like Locke and The Guilty should check out Ryan Reynolds’s 2010 foray into the rare, challenging and intense genre. The Detective Pikachu star plays a contractor who wakes up in a coffin with only a phone, a lighter, a flashlight and a wristwatch that clocks how much time he has before his oxygen runs out. The camera never leaves that claustrophobic space as we listen to Reynolds’s Paul Conroy make panicked phone calls for help. A terrific performance, an airtight script and resourceful direction from Rodrigo Cortés makes Buried worth digging up. May 24 (with the Starz add-on)

James Cameron has defined his career on taking great big swings (the first two Terminators, Titanic, Avatar) but none was as ambitious or as risky as this 1989 undersea thriller about a handful of deep-sea oil workers – among them a divorcing couple played by Ed Harris and Mary Elizabeth Mastrantonio, and an unstable Navy SEAL played by Cameron’s Terminator and Aliens hero Michael Biehn – who encounter something inexplicable at the edge of the Marianas Trench. Plagued by production problems, the film ran wildly over budget and missed multiple release dates, only making it to theatres after Cameron abandoned a massive subplot about the U.S. and Russia pushing each other to the brink of nuclear war. But amazingly, the drastic cuts made the movie better, keeping the story on the ocean floor to focus squarely on the relationship between Harris and Mastrantonio. No version of the movie has ever made it to Blu-ray, so this might be your first chance to see The Abyss in high definition. Play it loud. May 10

Dark Side Of The Ring (season 1)

Game Of Thrones: The Last Watch+

The Number On Great Grandfather’s Arm

At The Heart Of The Gold: Inside The USA Gymnastics Scandal+

The Fault In Our Stars*

From Paris With Love*

The Girl With The Pearl Earring*

The Kids Are Alright*

How To Build A Time Machine*

In The Wake Of The Flood*

Akeelah And The Bee*

Before The Devil Knows You’re Dead*

Dolly Parton’s Coat Of Many Colors*

Heaven Is For Real*

The Way Of The Gun*

The Girl In The Spider’s Web+

I Am Going To Break Your Heart

The Rules Of Attraction*

The Rolling Stones: Stones In Exile

More Than This: The Story Of Roxy Music

A Cry In The Dark

A Gift To Remember

Miss Pettigrew Lives For A Day

Of Boys And Men

Scent Of A Woman

The Year Of Living Dangerously